The technology gathers images taken with a smartphone and uses AI to determine the animals’ happiness.

The researcher, Suresh Neethirajan, added his paper on his study to the bioRxiv preprint server, describing the artificial intelligence app and its effectiveness during testing.

The purpose of the app and the research was to help provide a way to measure animal happiness. Prior study and anecdotal evidence have both indicated that farm animals produce more when they are happier and when their living conditions are not stressful. The same has been said about the quality of the meat produced by those animals. That said, gauging how happy or stressed an animal may be, has not been an obvious achievement.

The belief that happier, less stressed animals produce better and result in higher quality meat has led to a number of farming practice changes. For instance, cows now often have their eyes shielded so they won’t see the spike used for the slaughtering process. As a result, stress hormones are not released and do not enter the meat. Additional recent research has indicated that ensuring happier living conditions on the whole is equally important.

The artificial intelligence app is meant to help measure the effectiveness of such changes.

Research has suggested that simply shielding farm animals at their last moment may not be enough to achieve the best productivity from them. Instead, the studies indicate that adapting their living environment to a more peaceful – or even playful – one will generate better results. For instance, cows and goats living in happier environments often produce more milk than those that are stressed or bored.

Neethirajan pointed out that there is a great deal of subjectivity to determining an animal’s emotional state. As a result, incorrect conclusions can be made and provide inaccurate guidance for future decisions. To address this issue, he adapted facial recognition software meant for humans, so that it could be used in detecting cow and pig emotions instead.

The system is called WUR Wolf and it was used in the artificial intelligence app to collect thousand of pig and cow images using a smartphone at six different farms located in several countries. It involved classification labels based on physical features that can be used to measure mood, such as a cow’s raised ears that typically 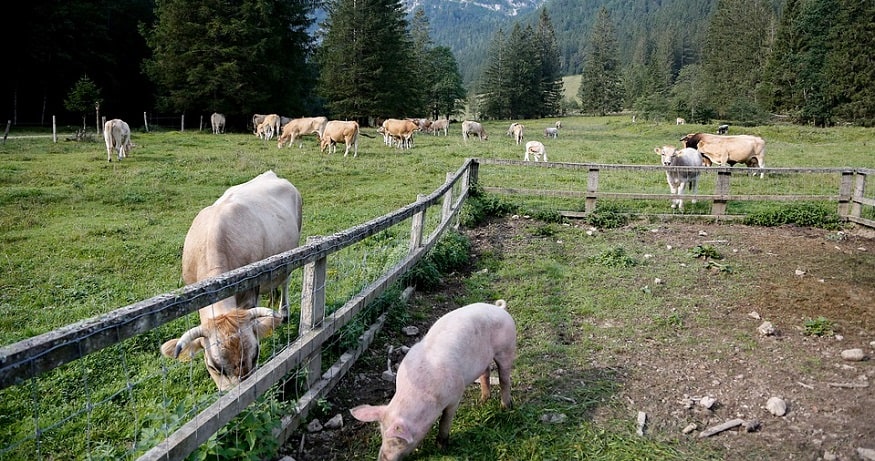 indicate excitement. Testing revealed an 85 percent accuracy rate, and Neethirajan intends to continue to adjust the application to make it a tool for improving livestock monitoring for enhanced product quality.