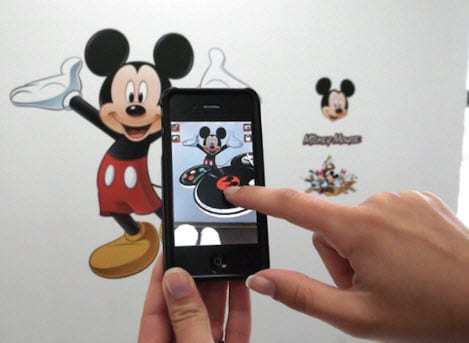 The Waldorf Astoria in Chicago has launched a new kid-friendly campaign that encourages young visitors to stare at walls. The hotel has embraced augmented reality and will be embedding digital content in wall decals that have been designed by RoomMates, a designer of wall stickers and other home decorations. The decals will feature popular characters from Disney, Pixar, and The Muppets and kids will be able to experience the augmented reality content contained in these decals using a smart phone.

When families check into the Waldorf Astoria in Chicago, they will be able to choose from one of six wall decals. These decals will serve as an entertainment element for children. The digital content contained within the decals can be experienced using the BoostAR application, which is available to both iOS and Android platforms. Each decal will have its own interactive features, which will include games and videos that are designed to engage children.

Augmented reality is becoming more popular in the hospitality sector, though its adoption has been sluggish. Hotels are beginning to see the value of augmented reality as it can be used to engage consumers in a more dynamic way. The Waldorf Astoria is the first hotel to develop an augmented reality service specifically for kids, but is not likely to be the last. The hotel is offering the wall decals as a complimentary service for visitors.

Waldorf Astoria believes that augmented reality campaign will be a success

Whether augmented reality will continue to experience growing popularity in the hospitality industry has yet to be seen. The technology has proven popular amongst consumers, but the technology may not be a big hit with tourists who do not plan to spend a great deal of time in their hotel rooms. Nonetheless, The Waldorf Astoria believes that its augmented reality venture will be a major success and may be inclined to expand its use of the technology in the future.