In today’s world getting the right kind of server is extremely important for any business organization to flourish – having an information technology diploma is not quite enough to make it big in the IT world. Whether it is a cloud storage or server cluster, you need to understand and know the ultimate demands of your organization to prosper in this era of cut throat competition. Server clusters is a tangible and physical concept that prevents your business from coming to a halt in case there is some fault with the system.

The server cluster: An overview

Server cluster is composed of a collection of systems running as independent servers and working collectively to bestow high end facilities and services at the client or the user end. When there is a fault in one particular computer of the entire system, the traffic is shifted and the entire workload is again redistributed among the other computers of the system, thereby preventing a huge loss that would otherwise curb the organization.

From the technical point of view:

A server cluster provides uninterrupted, consistent and reliable software, applications and server resources to the end users whenever a failure occurs. This type of system is especially designed for application programs that occupy the volatile memory for a long time or have to regularly process and update data file much like file servers, database servers and other such servers. 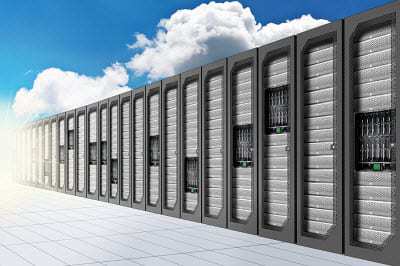 of input output operations needed to carry out a particular job by mammoth proportions, thus increasing fragmentation issues. The best possible solution is to monitor each system and improve the efficiency of a single system which will build the foundation of a strong robust system. Each server manages devices and applications locally, and it also keeps a record of applications and operating system that are shared by the system.

There are certain devices that are shared by all the computers of the system, these resources are used one by one in a preemptive manner. Each computer requests for a resource and only gets to access it when another computer holding a lock on the resource has unlocked it. This works on the principle of mutual exclusion.

There are mainly three different types of server clusters depending on how individual nodes are connected to the system and cluster configuration. The state data must be preserved in such a way so that each node or computer in the system can access it even if a node is down or malfunctioning. This data is preserved in something known as ‘quorum resource’. This resource consists of a pool of information on cluster configurations and a record of recent changes that have been made in the system, commonly known as checkpoints.

These three different types of servers differ in the way they use the quorum resource.

Sara Xiang is an avid reader and blogger and loves to experiment with different things in life. Internet Marketing was