CEO announces the intention to default to working from home even when offices reopen.

The Shopify digital commerce company, the most valuable firm in Canada, announced through a tweet from its CEO that it would be “digital by default” moving forward. By this, he meant that even after offices in the locked down country reopen, it plans to keep as many of its employees working from home as possible.

At the same time, despite the federal or provincial rulings, it is keeping offices closed until 2021.

CEO of the Shopify digital commerce firm, Tobi Lutke, tweeted that the intention is to keep the offices shut until 2021. This will give them the opportunity to “rework them for this new reality.” That said, he also pointed out that even after the newly reworked offices reopen, the intention is for as many people to work remotely as possible. “Office centricity is over,” he tweeted.

As of today, Shopify is a digital by default company. We will keep our offices closed until 2021 so that we can rework them for this new reality. And after that, most will permanently work remotely. Office centricity is over.

The firm employs more than 5,000 people. These teams work to assist other businesses to establish their online stores for e- and m-commerce. Until now, it has existed out of a number of floors at an upscale, modern high-rise headquarters in downtown Ottawa. In January, before the COVID-19 lockdown, the firm announced its plans for opening a four-storey, 21,300 square foot office in Vancouver, British Columbia.

Though Shopify digital commerce will move away from offices, it will maintain some real estate.

Brittany Forsyth, the firm’s chief talent officer, released a statement in which she explained that the company still intended to keep its “recruitment hubs” in Ottawa, Vancouver, Toronto, Waterloo, and Montreal, among others in Canada. That said, overall, it would be moving away from defaulting to working in-office in favor of working from home.

“COVID is challenging us all to work together in new ways. We choose to jump in the driver’s seat, instead of being passengers to the changes ahead,” wrote Lutke in his tweet as he described the new strategy for the teams behind Shopify digital commerce. This has been a growing trend among many 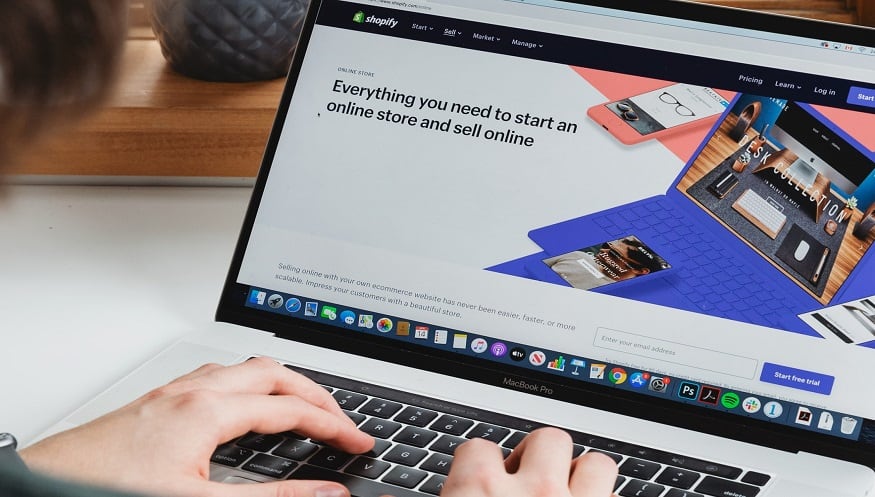 companies in several industries, as even Facebook recently announced its own intentions to keep at least half its workers operating from home.