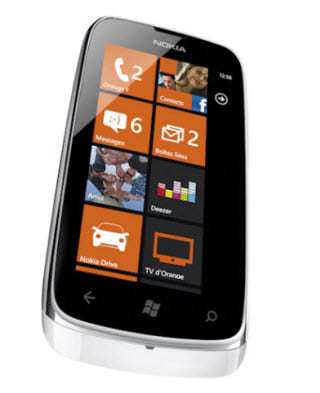 With a magic swipe of your NFC phone!

This week, Nokia unveiled its new Lumia 610 smart phone. The Lumia is the latest mobile device for the Microsoft Windows Phone platform. The Lumia will also be the first Windows Phone to include NFC technology. Nokia has developed the 610 with mobile commerce in mind, spurred largely by the number of other telecommunications companies introducing their own NFC-enabled smart phones to the market. Despite the tenacity of the competition, Nokia has been able to establish itself as one of the leaders in terms of NFC incorporation.

Berg Insight, a market research firm, recently released a study that claims the sale of NFC-enabled mobile devices will reach 100 million units by the end of this year. Smart phone manufacturers are laboring to expand their offering of NFC-enabled mobile devices as mobile commerce begins to take hold of consumers. This effort was initially sparked by technology companies like Google showing interest in NFC technology and how it could be used to change the way people pay for goods.

Nokia has announced that one of the United Kingdom’s largest telecommunications companies, Orange, will be the first to sell the new Lumia 610. Orange has been certified to facilitate mobile payments by credit firms MasterCard and Visa. Orange will begin selling the phones in the third quarter of this year. The partnership has caused some buzz in the mobile world, as it suggests that Orange may choose to use the Lumia as one of its flagship mobile payment devices.

NFC technology is the driving force behind mobile commerce currently. Consumers have, thus far, shown great interest in mobile commerce, but have concerns regarding the security of their financial information. Many of the companies developing NFC technology payment systems claim that security is not a significant issue. These claims have not been sufficient to placate the concerns of consumers, who argue that stealing a smart phone and accessing financial information may not be as difficult as it should be. Nonetheless, smart phone manufacturers have been working to make mobile security more robust in the hopes of making mobile commerce more secure for consumers.