A new report from the Berg Insight analyst firm has suggested that the transactions may be ready to get started.

According to the latest report from Berg Insight, by 2017, the North America and the EU27+2 region (the twenty seven members of the European Union as well as Norway and Switzerland) will achieve a combined total of €78 billion.

This will have been a tremendous increase from having been only €0.6 billion last year.

In Europe, the baseline in 2012 was considered to be somewhat meager, having reached only €0.1 billion. Berg Insight has calculated that the in-store mobile payments value will virtually explode, when it increases by a massive 275 percent CAGR out to 2017, when it will be worth €45 billion. 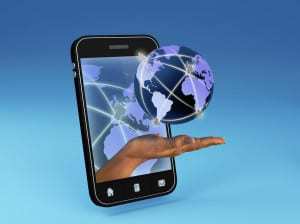 This mobile payments figure will align with 1.6 percent of the debit and credit card transactions of EU27+2.

This will be achieved by the end of 2017, said Berg Insight. Behind the growth of the mobile payments value will be new projects. The firm has predicted that there will be commercial digital wallet services in almost half of the EU27+2 countries by the close of 2013. Many of the largest retailers, wireless operators, and retailers in Europe – for instance, Orange, T-Mobile, BNP Paribas, Telefonica, Auchan, and Barclays – have been identified by the firm as primary players in this industry.

In North America, on the other hand, Berg Insight has determined that mobile payments users completed a total of $0.5 billion (€0.4 billion) in transactions, last year. Most of those mobile payments all came through a single source – the smartphone app from Starbucks. That said, they are available at a number of different merchants and have yet to truly gain any traction in that country.

Going forward, more universal – as opposed to merchant specific – mobile payments wallets, such as those from Google, Isis, and MCX, are expected to be the driving force behind most of the purchase volume made in-store in North America. There, it is predicted by Berg Insights that the value will reach $44 billion (€33 billion) by 2017.

For businesses that intend to make an impact on the market with their mobile payments services, the report suggests that a broad range of different services will need to be offered beyond just transactions, if they want consumers to pay attention.