The quick response barcode must be grabbed off the live TV spot, so don’t count on YouTube.

A new Burger King QR code marketing campaign has TV viewers scrambling to scan a moving barcode with their phones before the time runs out. Looks easy enough, but it’s not as simple as it seems.

Though the quick response barcode can be scanned using a camera app, it’s tough with a moving target.

The Burger King QR code was brought back to make things a bit more fun for people stuck at home in the shelter-in-place orders. For people watching far more TV than they usually would, paying attention to commercials and attempting to scan the barcode to be rewarded with a free Whopper can be a fun way to keep occupied. After all, a bit of positive distraction and a fragment of mind challenge can make a difference in a day filled with boredom and worry.

Of course, the fast food chain also placed a version of the advert on their official YouTube channel, but don’t get your hopes up about sneakily using that one. It’s just a demonstration of what you’ll see on TV. While the barcode does work, it directs users to information about the popular sandwich’s ingredients and doesn’t offer the free meal.

The bouncing Burger King QR code is appearing in a number of TV spots.

Only the live TV barcode will give you the chance to snag and redeem the offer for the free Whopper. Moreover, according to the quick service brand, only the first 10,000 successful scans will result in free Whoppers. These promotion sandwiches will be given out by way of the BK App with purchase.

The spot was created by the David São Paulo advertising agency. It is based on an extremely simple ad style that can be gamified in a way that would appeal to quarantined Americans by engaging with them.

Of course, the Burger King QR code is far from the only promotion the company is running throughout 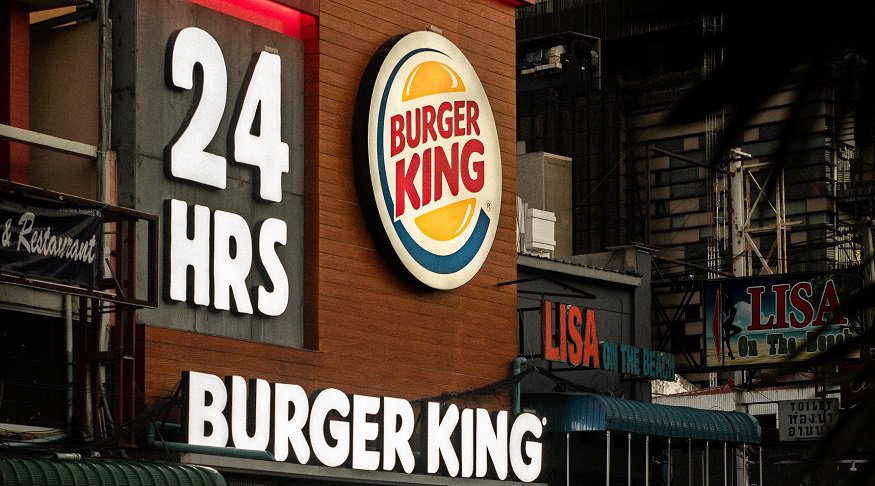 the pandemic. It has also launched a much larger “Stay Home of the Whopper” promo which offers free home delivery.