A newly launched Pepsi QR code scratch-off promotion has been launched for the holiday season, and the campaign is all about giving the gift of cash, either to a friend, a charity or you can keep the money for yourself.

Scan quick response codes for the chance to win money.

To take part in the Pepsi QR code holiday campaign called “Gift it Forward with Pepsi,” consumers simply need to scan QR codes on specially marked beverage packages by Pepsi. If consumers match three Pepsi Globe icons on their digital scratch card they will win a cash prize, anywhere from $5.00 to $25.00.

The money can be gifted to a friend of your choosing or you can make a charity donation to the United Way, Pepsi’s national charitable partner. You also have the option of pulling a “scrooge” and keeping it for yourself. Whatever you might decide, Pepsi takes care of the money transfer for you.

Additionally, anyone eligible to take part and who registers an account on the official giftwithpepsi.com site is also entered into the grand prize sweepstakes, where they can win an all expenses paid four-day trip to Puerto Rico. There are a total of eight trips to be won.

The Pepsi QR code promotion supports the convenience of giving cash as a gift.

The cash gift giving promotion is reportedly in response to consumer insights that found consumers often find it stressful to find the right gift to give and many of them are wary of giving cash because such a gift is not looked upon favorably.

According to Todd Kaplan, Pepsi’s vice president of marketing, the company feels that the promotion can help change how people go about giving gifts for the holidays. By awarding cash, they can unapologetically give it as a gift.

Money gifts allow people to buy whatever they want, Kaplan says. Gift givers can avoid retail lines and the recipient 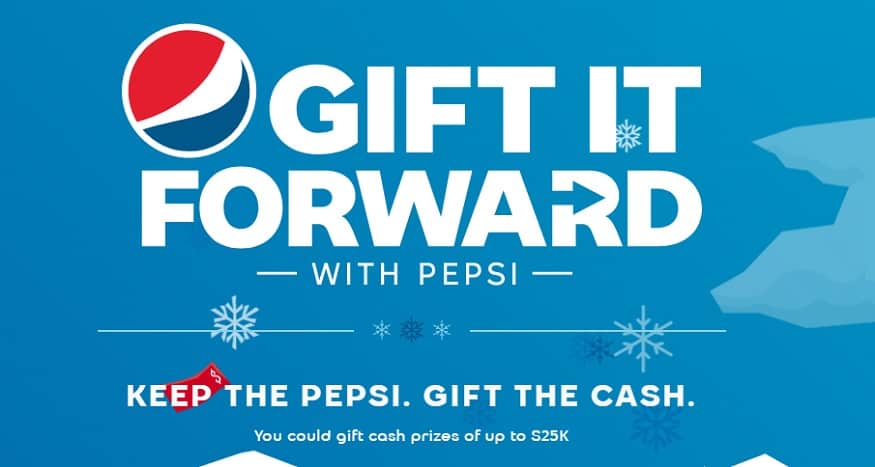 is far less likely to return the gift.

The Pepsi QR Code “Gift it Forward with Pepsi” promotion runs until the end of the year (December 31, 2019).