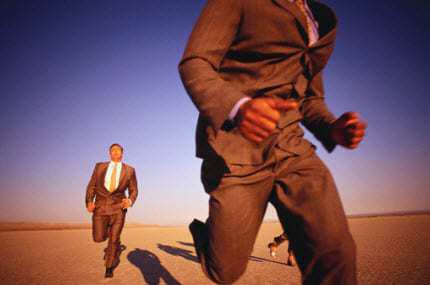 The mobile commerce environment is proving to be a highly competitive one between the two companies.

Though this may not have been expected by most, Amazon appears to be the biggest competition for Apple in terms of advertising space for mobile commerce, as the population of the Kindle tablet device skyrockets.

The e-commerce giant, based in Seattle, is already proving itself to be highly successful in selling ads on its Kindle Fire and Amazon websites and apps, however, some of the more recent steps that the company has taken have shown that it intends to take even larger steps into the mobile sphere.

Among them was the hiring of former Microsoft global product marketing for mobile apps and display leader, Jaimie Wells.

Wells is now building a team at Amazon which, according to his LinkedIn page is “Hiring for Mult[iple] Ad Sales Marketing Positions.”

At the same time, Amazon is looking into a number of different successful mobile commerce marketing companies, presumably to consider them for purchase, including the rapidly growing and hyped JumpTap mobile advertising network. That said, both companies have declined to comment on the topic.

This type of acquisition would mirror the way that Apple made its own move into the mobile ad space.

In 2010, Apple’s version of what Amazon is currently pursuing was the acquisition of the Quattro Wireless mobile advertising network, as well as the launch of the iAd format for smartphone and tablet ads.

At the same time, Amazon also already boasts a tremendous amount of mobile traffic. In fact, in March alone, approximately half of all American adult smartphone users had visited Amazon websites. This places the company in the position of the fourth most visited mobile commerce site over cell phones.

Another similarity between the two companies is that they each have their own tablets. There have been 5.5 million sales of the Kindle Fire since it was first released during the fourth quarter of 2011. Amazon has also managed to build a tremendous amount of mobile commerce purchase data, allowing it to make product recommendations, which will hold tremendous appeal to brands and advertisers.