UK Based Internet of Things startup Linktagger have been chosen as API providers to the largest Hackathon in Europe along side companies such as Uber, Paypal, HP and Alcatel.

Linktagger will provide teams of hackers across Europe with access to its Physical Web platform. Connecting physical objects to the Internet using unique URL’s, hackers can deploy iBeacon and NFC tags as physical gateways to online content, services and create real world automation.

Linktagger founder Liam Winder said “Its fantastic to be chosen to represent UK tech startups in the Hack4Europe event, we’re a small startup standing next to giants in the internet industry like Uber, and HP. We’re passionate about building the physical web and are excited to see what the teams do with our technology” 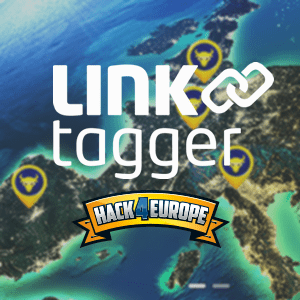 Hack4Europe will host Kick off events across Europe in April, with Linktagger representing the UK at Stack Overflows offices in London on April 23rd. The news came to Linktagger as they are going live with a number of innovative mobile projects spanning several key areas of increasing innovation attention from smart cities and ecommerce to fitness and medical.

Founded in 2013, Linktagger’s mission is to make accessing and sharing online information in the physical environment intuitive, easy and reliable. Anyone can sign up for a Linktagger account and start building the physical web using iBeacon, NFC and other IoT technologies. Linktagger is a privately held company based in South Yorkshire, United Kingdom.