The retail giant is furthering its reach into the digital realm with virtual reality tech.

Rumors are flying around that a Walmart VR shopping experience could be available for future Walmart shoppers. These speculations erupted after it was discovered that the world’s largest retailer applied for two patents involving the use of virtual reality (VR) technology.

Customers can wander around digital Walmart stores from the comfort of their home.

The two patents the company applied for with the United States Patent and Trademark Office, detail a “virtual show room” and fulfillment system that would connect shoppers wearing VR headsets and sensor-packed gloves to a 3D representation of a Walmart store, according to a Bloomberg report.

This Walmart VR shopping experience would enable customers to wander down digital aisles and grab items that would be digitally purchased and shipped from a fully automated distribution center.

Walmart VR shopping is part of the company’s objective to embrace digital trends.

It’s no secret that Walmart has been doing its best to adapt to the ever-growing digital landscape of the retail industry. In February of this year, Walmart acquired startup Spatialand, a company that makes software tools to create VR experiences. The company has since been added to Walmart’s in-house tech incubator, Store No. 8.

That being said, as for the current VR patents Walmart has applied for, the applications show multiple examples of how the system would display and demonstrate virtual renditions of available products. For instance, via the VR platform, shoppers seeking to purchase a lawnmower could view several brands as well as be shown related lawn-care products like hedge trimmers. Another example is VR shoppers could view a virtual table setting to see how different china, glasses, centerpieces and other tableware might look combined, prior to making their purchase.

What’s even more interesting is that this isn’t the first time the company has applied for a virtual reality-related patent. 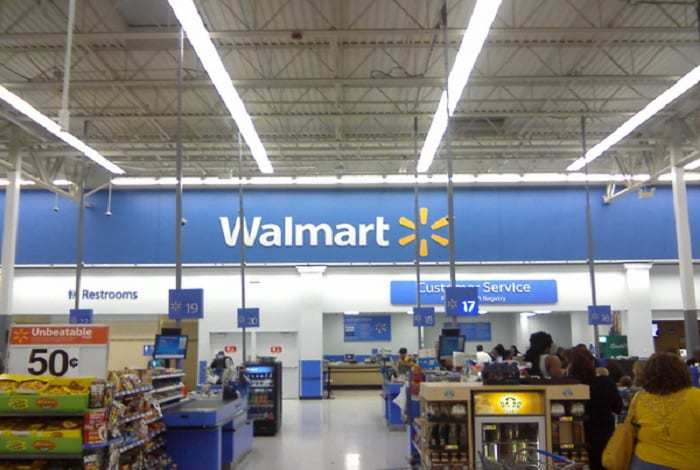 has filed over a dozen VR patents. However, more recently, its focus has shifted from using this tech to conduct internal business and now seems to be investigating VR in terms of more “external, shopper-focused applications.”

The full details of the potential future Walmart VR shopping experience has yet to be revealed.