Under new Baltimore municipal legislation, vacancy QR codes may be required to be displayed on signs in front of the thousands of empty buildings in the city.

The goal of the vacancy QR codes is to help to make slumlords accountable for these empty buildings across the city, and to hopefully make these spaces more accessible to their neighbors. A meeting held last week by the Baltimore City Council concluded with the approval of a bill requiring the Department of Housing and Community Development to display barcode-emblazoned signage in front of neglected buildings.

These signs would use quick response codes in the same way that the city piloted them in the “Wall Hunters” project a few years ago with street artists and Slumlord Watch in Baltimore. The signs also include a phone number. The barcodes and phone numbers equip neighbors with the contact information they require to reach the owners of neglected properties.

The vacancy QR codes won’t be displayed in front of all empty properties, only those that are neglected.

The bill defines thetype of vacant property to which the signage will be applicable as any structure subject to an “unabated violation notice”. This designation is determined by the Baltimore City Building Code’s unsafe structures section.

Kristerfer Burnett, 8th District Councilperson, was the lead sponsor of the legislation. Burnett underscored that providing the barcode and phone number would also make it easier to spot any other notices or permits on the property in question.

“The goal is to get information out and be more transparent,” said Burnett.

Now that the vacancy QR codes legislation has the city council’s nod, it is headed to outgoing Mayor Bernard C. “Jack” Young’s desk. This version of the legislation is scaled back from its original form when it was introduced in August 2019. At that time, the owners themselves would have been required to post the signage or risk a $500 per day late fine. The idea was to send half of the funds collected through the fines to the Affordable Housing Trust Fund and the other half to help pay for the enforcement of the 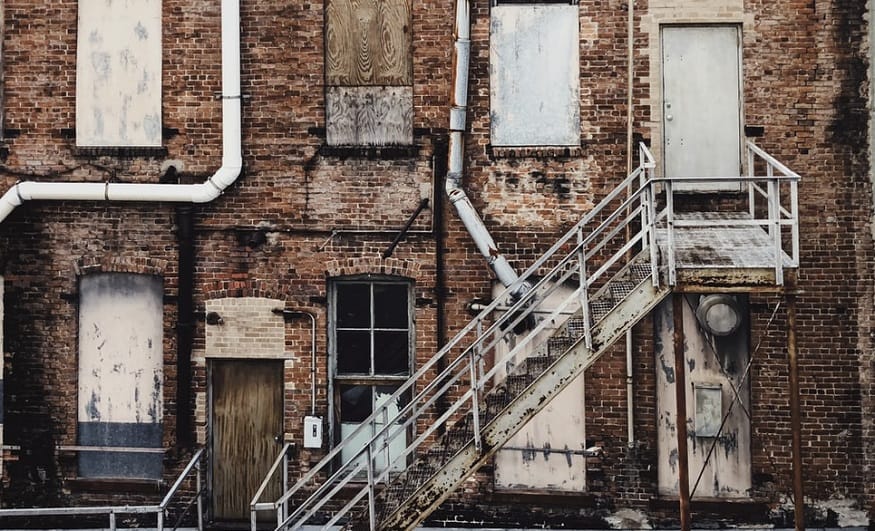 legislation. However, the language of the legislation was not deemed acceptable by enough of the city’s agencies, and it was later changed to its current form.