The barcodes compensate for the lack of Missals in the pews or printed bulletins on posting boards.

New Queen of Angels Church QR codes in Brooklyn are helping the clergy and the faithful to remain safer during service throughout the COVID-19 pandemic crisis.

Gathering can be a risky activity and the Diocese of Brooklyn has suffered numerous illnesses and deaths.

The pandemic has hurt both the clergy and the congregants in the Diocese of Brooklyn, requiring careful efforts for physical distancing and meticulous disinfecting practices. The Queen of Angels church QR codes were an illustration of some of the alternative methods the Sunnyside location has used to help congregants to stay safe without losing some of the key components of their experience in the congregation.

Queen of Angels is meticulously adhering to the Diocese of Brooklyn’s safety precautions for preventing the spread of coronavirus. As a result, shared books and other printed materials have been removed. The risk of spreading the virus by sharing the items among numerous parishioners at Sunday Masses was too high.

The use of the church QR codes to replace the printed materials was the idea of Juan Rodriguez.

Rodriguez is a Queen of Angels pastoral associate. He developed a quick response code system that made it possible for parishioners to use their smartphones to scan the barcode and obtain important information for their service. This included receiving bulletin information and learning about new programs as well as reading the Gospel and following along with the readings read aloud at Mass.

There are several barcodes for the congregants to use, including one that allows them to make donations using mobile payments in a digital version of a collection plate. This helps to reduce contact with anything other parishioners may also have touched.

“People don’t have to touch anything in the church. Their germs are kept to themselves,” explained Rodriguez in a report by The Tablet.

The church QR codes are displayed on the pews inside Queen of Angels. Parishioners are receiving information about how to use the barcodes and the new system associated with them. According to Rodriguez, the response so far has been a positive one. “As soon as I 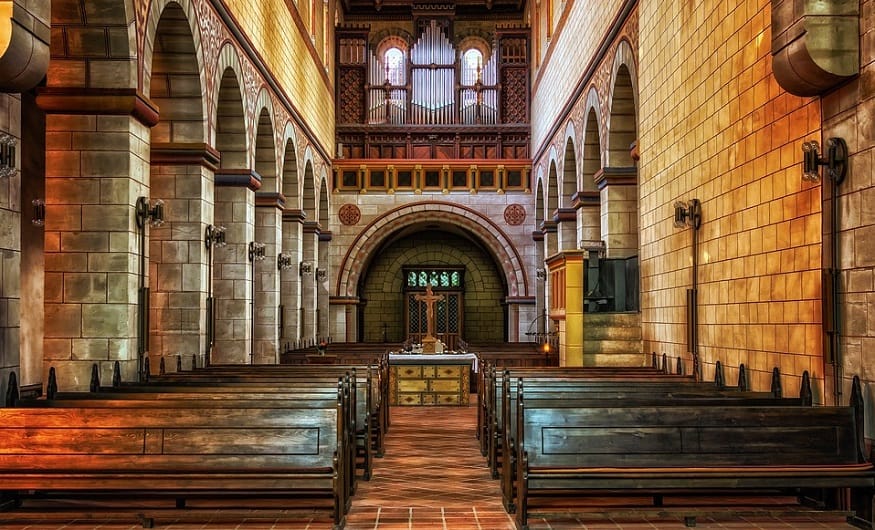 showed it to people, they were amazed. I have to keep promoting it. I think Gen Z kids will inspire their parents to use it,” he said.