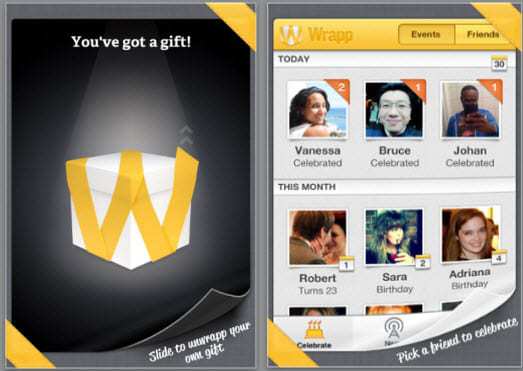 Shortly after taking its first steps into the United States market, new social mobile gifting app developer, Wrapp, has announced that it is getting ready to move into Brazil, as well.

This social application was created for use in Facebook for smartphone users, allowing them to thank, treat, surprise, and celebrate with their family and friends by giving gift cards from their favorite retailers.

By using Wrapp, friends can contribute to the purchase of gift cards, making them very easy to afford, give, receive, and redeem through the use of mobile devices. On the other hand, merchants also find it appealing as the company has a proven track record for acquiring and retaining customers through its platforms, without the necessity of providing a discount.

According to the manager of Wrapp in Brazil, Hermano Cintra, “Brazilian merchants appreciate the difference and benefits of working with the company that invented next-generation social gifting and friend-to-friend marketing rather than a copycat, which is more likely to be a competitor than trusted long-term partner.”

The company first started its commercial introduction in November 2011, and it claims that since that time it has generated almost 200,000 active app users who have purchased over 1.5 million gift cards for their friends, each of which can be redeemed at approximately 70 participating major retailers across the United States and Europe.

Participating retailers stated that they generated between four and six times the gift card value through Wrapp.

Co-founder and chief operating officer of Wrapp, Carl Fritjofsson, explained that his company is the only social mobile gifting service that has aligned itself entirely with the goals of the retailer. He said that this is because they do not – nor will they ever – own their own mobile commerce company that will generate competition with their partners. They stand by this promise because, according to Fritjofsson, they believe that this type of business partnership requires continual confidential data sharing as well as innovation.