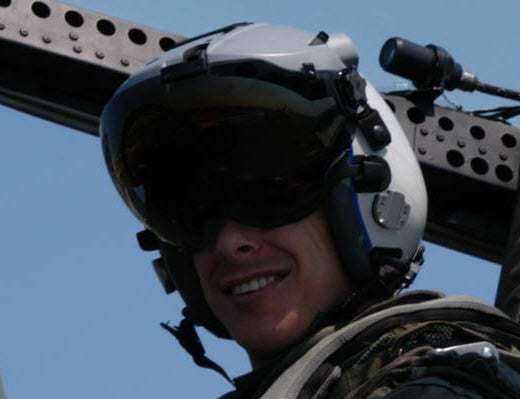 Vuzix, a manufacturer of augmented reality devices, has announced a new project that will bring the technology to the U.S. military. The project concerns a head-mounted device based upon the company’s Smart Glasses products. Smart Glasses are specialized eyewear that contains augmented reality technology. These devices are made for the general public to enhance their day-to-day lives, but Vuzix believes that augmented reality can take the nation’s soldiers to the next level of performance and, perhaps, make them safer in the field.

As opposed to the eyewear that Vuzix has become known for – their devices mimic normal glasses – the company is developing a monocle variant that can be attached to combat helmets. The single lens is meant to be unobtrusive to a soldier’s natural vision. The device, equipped with a camera, will be able to display a variety of digital information, overlaying this information on the physical environment. This will allow the soldier to access maps and enhance their vision by allowing them to see an expanded light spectrum.

The real world applications for the device may seem like science fiction, but Vuzix has already proven how useful the device can be for the private sector. The company has not yet announced how costly the system will be or whether it will be wireless. Vuzix plans to release this information in the coming months, once the finer points of the device have been tweaked to perfection.