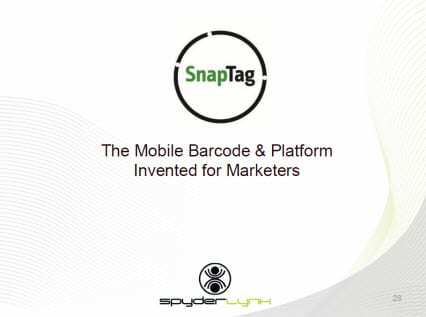 QR codes have dominated the mobile marketing scene since their rise to fame in Japan. The phenomena was slow to spread, finally reaching the U.S. in 2008, when companies began taking notice of the codes and how they could spur growth and how they could be used to reach new audiences. Now the codes are an inherent part of life, integrating seamlessly into a society that is becoming more captivated by mobile technology. However, there are some problems with QR codes that have served as stumbling blocks throughout the years and may bring an end of their reign in marketing.

In order to make use of a QR code, consumers have to have access to a smart phone. Generally, that isn’t much of a problem, but considering that awareness of the codes is still very low, the lack of recognition is inhibiting the reach of QR codes. Coupled with the fact that mobile devices are not equipped with QR code scanners, there is little likelihood that they will interact with the codes unless confronted by them directly. This is where SpyderLynk comes in.

SpyderLynk is a mobile marketing and technology company that is responsible for a new era of mobile barcodes called SnapTags. These codes are of a simple, circular design and offer many of the features found in QR codes. Companies can embed their logo within the SnapTags, whereas with QR codes they would not be able to without corrupting the functionality of the code.

Also, unlike QR codes the SnapTag does not send the user to a mobile website. SpyderLynk reads each SnapTag individually and is able to transmit a separate message for each. In other words SnapTag #1 could send a video, SnapTag #2 a coupon, SnapTag #3 could send exclusive information back to the consumer, etc. The same SnapTag could also be used to send multiple messages to the same consumer each time the consumer snaps. The same SnapTag could be used to send a different message to each new consumer that snaps on it.

SnapTags have been used by big-name companies such Toyota and Coca-Cola, and they are gaining traction for their aesthetically engaging design. As the tags become more popular, they may prove to challenge QR codes for reign over the mobile marketing industry.