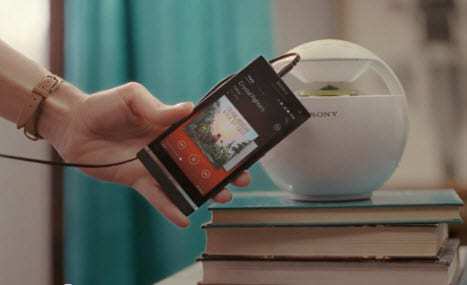 Sony Mobile Communications, a multinational mobile phone manufacturer and subsidiary of the Sony Corporation, has launched the second wave of its “Made of Imagination” marketing campaign, which showcases the new Xperia NXT smart phones and their capabilities. Sony Mobile is keen to show off the capabilities of the new mobile device, especially in the realm of NFC technology. The campaign may showcase the NFC features of the Xperia, but it will also introduce consumers to other Sony products that will be equipped with the technology.

Company keen to show off the NFC features of Xperia device

Sony Mobile has demonstrated a strong commitment to the development and promotion of NFC technology. The next step in the Made of Imagination campaign aims to inform consumers how much progress has been made on the NFC front. The campaign will launch in the United Kingdom this week and will show how content being streamed on the Xperia smart phone can be transferred to other devices with a single touch. Future advertisements will highlight the other capabilities of the smart phone and Sony’s other NFC-enabled devices.

NFC beginning to expand beyond m-commerce

NFC technology is most often associated with mobile commerce, but this is not the only use of the technology. NFC has managed to establish a strong presence in the marketing industry. NFC stickers and tags are often used to provide consumers with access to digital content that they can only access through a smart phone or other mobile device. The technology can also facilitate wireless and contactless data transfer, a feature that Sony Mobile is keenly interested in incorporating into its line of products.

Sony Mobile has already released its new Xperia advertisement to YouTube. The video shows that the mobile device can be used to transfer information to a set of speakers by simply tapping the devices together. The Xperia may be used to interact with a wider range of devices, but Sony Mobile is focusing on the music features of the smart phone at this time.