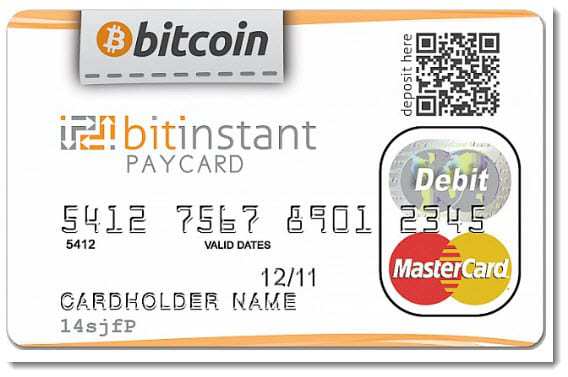 Bitcoin has announced the use of the quick response barcodes on their plastic cards.

BitInstant, the Bitcoin transfer service, has revealed that they will be launching a prepaid debit card that will feature a QR code, within the next couple of months.

Bitcoin has had a sketchy past, due to international regulations, but is adding more conventional features.

The reason that many people raise a brow at Bitcoin is that it has had a record with criminals using their services as a part of their schemes. Its very nature is completely outside of banks and makes it an enormous struggle for governments to properly tax, to the point where paying taxes becomes essentially voluntary by the accountholders.

Peer to peer transactions occur without any central authority – organization or government – and is a community driven open source project. Now, the company has announced that it will be adding a prepaid debit card to its features, so that account holders will have a new way to spend and receive their money.

This card will feature a QR code that will link to a unique Bitcoin address.

This way, smartphone users will be able to make transfers as high as one thousand dollars through a single confirmation that is possible by way of scanning the QR code on the front of the card. For individuals who do not have smartphones, the reverse of the card shows the personal Bitcoin URL that will allow the mobile payments to be confirmed in the same way, only less quickly.

Though the QR code is not critical to the process of the funds transfer, it does make the mobile payments transaction much faster and more convenient.

This New York City based startup is likely hoping that the addition of the new QR code debit cards will help to put the company more solidly onto its feet again. Though it has scrambled its way back to standing once more, it experienced a significant fall last year, when a massive security breach and crash made the Bitcoin currency virtually worthless. Users saw their accounts drop from a $17 exchange rate to a handful of pennies.

The company is now working to normalize its system once more through the BitInstant debit system that will function like a prepaid card that can be confirmed through a QR code, as opposed to a PIN.