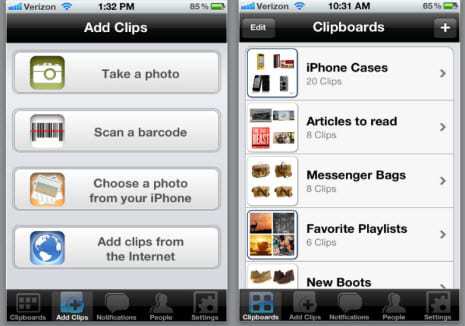 The company has unveiled a new mcommerce smartphone barcode based feature.

Visual bookmarking tool startup mcommerce company, Clipix, was only just launched in June, but it has taken off with a highly impressive growth, and is already releasing new features, such as its QR codes generator, that are drawing even more attention in its direction.

This new feature isn’t just a replica of standards from other companies.

Instead, the company has given it a new twist, according to Oded Berkowitz, the CEO and founder of Clipix. The reason that its QR code creation tool combines the quick response barcodes with its overall bookmarking service. The company believes that this will make the digital squares that can be scanned by smartphones much more useful than the ones that are already in use today/

The new QR codes will avoid the problem of being forgotten once they’re been checked out the first time.

Many times, the struggle faced by mobile marketers using QR codes is that they successfully achieve a high number of scans, but all too many consumers then proceed to forget all about the page or site after the first visit. Clipix believes that it has found a way around this problem by giving smartphone users the ability to save the link that is associated with a barcode scan, into their Clipix board so that it can be found again later on.

When a quick response code is scanned, it can either be saved into Clipix as a link, or the user can choose to email it to him or herself. Of course, the user can also simply choose to view the link’s content as in the case of any other typical QR code scan.

The barcodes that are generated through this service can link to any site on the web, which includes the service public clipboard, as well as a company’s homepage, a product page, a video, a social media page, or pretty much any other URL.

This is helping to expand the use of Clipix even further. The startup and its new QR codes have already become popular among several real estate agents, as well at trade shows, as it provides the ability to share a significant amount of information quickly, easily, and inexpensively.