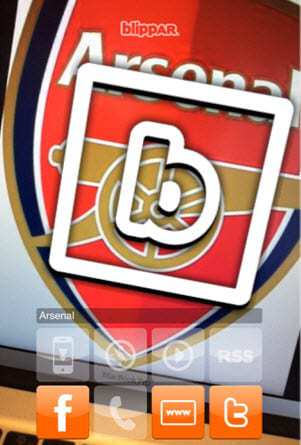 QR codes have become the titan of the mobile marketing world. The codes have proven the simplicity of reaching a varied audience of consumers in the digital age. The rise of the mobile marketing industry owes much of its success to the codes and many advertisers are sure that the codes will be around for many years to come. However, a new mobile application seeks to dethrone the blocky barcode. To accomplish this ambitious feat, the app is making use of augmented reality technology.

Augmented reality is nothing new to the realm of marketing, but its uses have mostly been confined to gaming and real-world browsing applications. Few advertisers have adopted the technology, their efforts being met with varying degrees of success. A new mobile application called Blippar seeks to leverage AR to make advertisements much more dynamic.

The application, developed by a technology company of the same name, uses AR and image recognition technology to bring advertisements to life. The company responsible for Blippar has joined with Cadbury, a British confectionary company owned by Kraft Foods. Several of Cadbury’s products will be compatible with Blippar, allowing the app to unlock an AR game when mobile users point their phones at them.

While Blippar is not short on ambition, it may not spell the end of QR codes. Augmented reality is still in its infancy in terms of marketing. A precious few mobile devices are able to handle the demands of AR technology and are left offering meager attempts to render AR experiences for their owners.