The Chicago based company has partnered with a marketer to launch a push advertising campaign.

Hillshire Brands, out of Chicago, has now launched a brand new mobile marketing push that involves the use of push alerts for the users of favorite shopping and food apps.

The company has rolled out the smartphone based ad campaign through a partnership with the inMarket firm.

It has also been working with the BPN media buying agency. The result has been a mobile marketing campaign based on an in-store beacon program that alerts shoppers through their smartphones once they walk into the shops. The goal is to encourage them to purchase the new American Craft Link Sausage product from the company.

The strategy uses mobile marketing as a kind of billboard that can be displayed wherever the consumer is in the store. 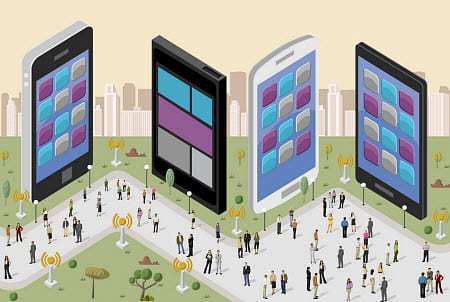 According to Dave Heinzinger, the inMarket director of communications, “If you think about iBeacons like billboards, you can put a billboard just about anywhere but if nobody drives by it, nobody’s going to see it.” He also went on to point out that “App users are the ones driving by those billboards. An app audience is integral for any beacon program to work.”

As of yet, beacon and other geolocation based advertising technologies have yet to be considered mainstream. However, there are some retailers and apps that are beginning to add location based marketing to their strategies and this is becoming increasingly common. Among them are certain apps such as Epicurious, the popular recipe application, as well as the ListEase grocery list sharing mobile app.

Heinzinger provided the example that if someone was to add a recipe on a mobile grocery list application, that app would then automatically push mobile marketing ads for products that could be used in order to make a specific recipe. He stated that the Hillshire product notification brought in 6,000 glances in-store within the first two days and increased the level of brand awareness as well as intent to buy. Hillshire now means to implement this same location based technology for an upcoming Jimmy Dean product advertising campaign.