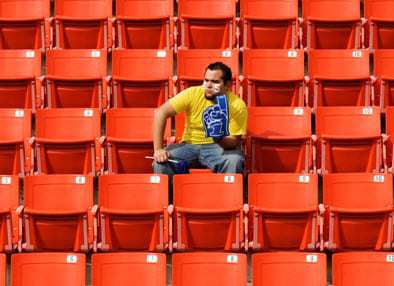 Ticketing fiasco may have been completely sidestepped if the organizing committee considered smartphones.

Empty seats at several venues at the Olympics created significant public frustration that may have been avoided if mobile commerce had been used to help sell leftover tickets.

A proper smartphone strategy might have been all that was needed to fill the stands.

Hundreds of unsold tickets for various events at the 2012 Olympic venues in London are now being sold online as organizers attempt to shrink the problem that has threatened to make an otherwise very successful experience into an exasperating trial.

At the center of the struggles has been a worsening of the problem at the Locog ticket site, which is the only location where tickets may be legally purchased. That website has been experiencing deleted orders and all-out crashes as it has been swamped by visitors.

Many believe that a mobile commerce would have been enough to completely avoid this issue.

Ticketing is always a central element of the Olympics, no matter what year or location. Since they first started being sold for this year’s events, there has been talk of various challenges throughout the sales process, as well as a significant amount of confusion regarding the allocation of the tickets.

Now that the games have arrived, the issue is back at full force. Many smartphone and tablet owners are shocked at the lack of dedicated mobile commerce strategy in order to sell tickets. Especially considering the stunning tribute to the importance of smartphones in the city as depicted in the opening ceremonies. With such an obvious recognition of the importance of these devices, it is certainly surprising that they have not received more focus in terms of the practical Olympic experience.

What makes this even more remarkable is that mobile commerce has been playing a part in ticketing for quite some time now. Though 2012 has seen record breaking uses of the technique, it has been successfully implemented by many companies around the world for several years, including for concert tickets, movies, and even public transit. This has given the technology more than enough time to be tested in order to be used reliably for the Olympics, potentially avoiding all of the online crashes and negative experiences that are now occurring.