The arena of wearable augmented reality systems is beginning to grow more crowded as companies like Mind Pirate enter the fray. Mind Pirate is a relatively young technology startup that has high ambitions when it comes to augmented reality. The company believes that the technology could be a perfect tool for a new generation of games and that the ideal platform for these games could be Google’s Glass. The Glass augmented reality glasses have been receiving a great deal of attention, but not necessarily for their use in gaming.

AR games may be best suited for wearable platforms

Mind Pirate was formed with wearable technology in mind. The company has built itself on the concepts that are associated with Google Glass; primarily interactivity in the realm of technology. Interactive technologies, such as augmented reality, could add a new dimension of engagement to a wide variety of entertainment mediums. Games have long been dynamic in their own right, but could be make significantly more immersive through the use of augmented reality. Wearable systems, such as Glass, would be well suited for such games because they could be effectively superimposed over the real world using what is essentially a mobile device. 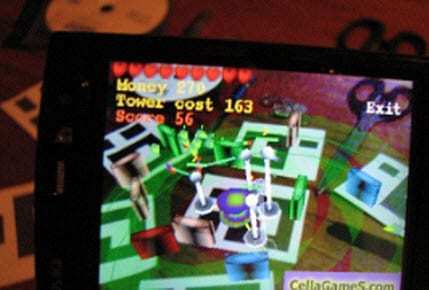 $2.5 million in funding to help Mind Pirate with its ambitions

Mind Pirate has announced that it has received some $2.5 million in funding for its plans to develop augmented reality games. This funding will help the company establish a comprehensive development structure and develop games for wearable devices like Google Glass. These games will not be exclusive to wearable platforms, of course, as Mind Pirate intends to make these games compatible with smartphones and tablets as well.

Mobile games prove to be popular with the tech-savvy

Mobile games have becomes very popular sector of the game industry. This is due to the promising nature of the mobile gaming market, wherein many developers have found a great deal of financial success. The most popular of these developers may be Rovio, which was able to enthrall consumers around the world with its popular Angry Birds franchise.