The tech giant is launching its Windows Mixed Reality platform onto mobile phones.

So far, the apps are focused on businesses not consumers.

More specifically, the company is launching the new Dynamics 365 AI and mixed reality applications as well as other new solutions, to help businesses obtain deeper insights from data across their organizations.

The term “Mixed Reality” is the term Microsoft uses for anything related to augmented reality (AR) and virtual reality (VR).

What makes the Android Dynamics 365 app unique, in particular, is that it allows for Android phone users to annotate images to give detailed instructions or troubleshoot a problem, a feature that is presently only available for the Remote Assist app for Microsoft’s HoloLens VR headset.

The benefit, of course, is that businesses can now take advantage of useful features, such as annotation, via an Android phone app, without having to pay for a costly VR headset.

Compared to the Android remote assistance-based app, the Dynamics 365 Product Visualize app for iOS devices has been designed more for the sale of large items, such as heavy machinery or vehicles.

This app allows for businesses to show products scaled down or full-sized in AR to its customers.

“In industries like manufacturing, healthcare, and automotive where products are often complex, and highly configurable or simply too cumbersome to carry around, the need for product visualization is key,” says Alysa Taylor, Corporate Vice President, Business Applications and Global Industry, Microsoft, in a Microsoft blog post.

“Using Product Visualize, sellers can show products to customers directly within their Dynamics 365 for Sales workflow and spatial and configuration notes are all saved directly within the associated sales opportunity,” Taylor adds. 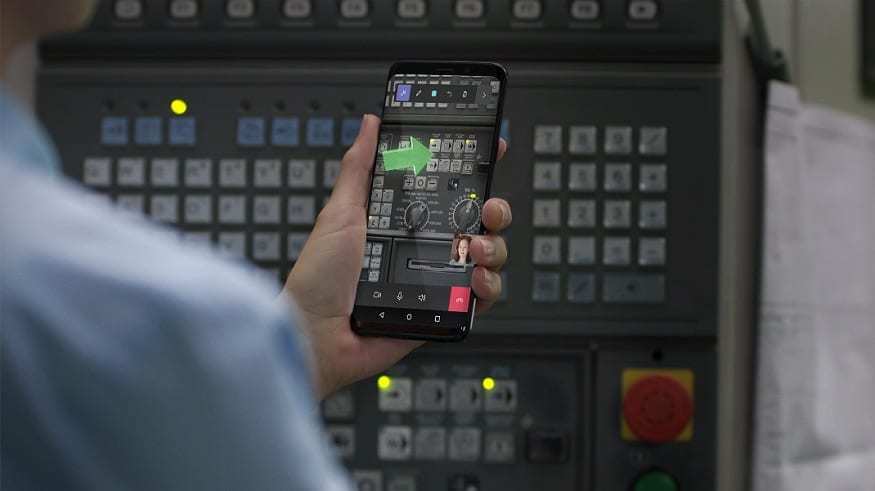 That being said, while both Dynamics 365 apps are set to be launched for preview in April, this doesn’t mean that Microsoft has given up on its other VR and AR pursuits as the company is expected to unveil its highly anticipated HoloLens 2 headset at this week’s Mobile World Congress in Barcelona.