The technology helps bar staff know who is next in line for a pint.

Facial recognition tech has been deployed at a cocktail bar in England’s capital. However, unlike how this technology is typically used by police and airport security, the purpose of the scanners that have been employed at 5cc Harrild & Sons is to ensure that customers are served on a first-come-first-serve basis.

Since being implemented, the technology has reportedly reduced serving times.

The facial recognition tech used by the bar has been integrated into an internet-connected webcam, which is equipped with face scanners that keep tabs on newly arriving customers. Each customer that is scanned is assigned a number. This number reportedly flashes onto a screen, informing the bartender who is next to be served.

DataSparQ, the data science experts who invented the technology, say that in addition to keeping tabs on new arrivals, the system can help speed up ID checks because the computer “knows” if a customer looks under 25 because it scans hundreds of biometric data points.

According to Harrild & Sons, the system has already decreased serving times.

“It enables us to maximise our pouring potential and cuts out the need for sharp elbows,” said Harrild & Sons barman Luka Kovijanić, reports Evening Standard. “The regulars still moan about the price of a pint but now they can’t moan about who’s next in line.”

In the future, the facial recognition tech may include a “FaceTab.”

Beyond creating an orderly queue, the facial recognition system that has been designed for bars and other events, may eventually have a “FaceTab” feature. This feature would store a customer’s facial features so that they can open a bar tab without having to hand over their credit card.

In regard to privacy, DataSparQ says that all data is deleted from the system after closing time. Once each session has ended, the IDs and images of customers are deleted locally and from the cloud.

“Nothing is ever permanently stored and cannot be cross-referenced anywhere else,” said managing director of DataSparQ, John Wyllie. 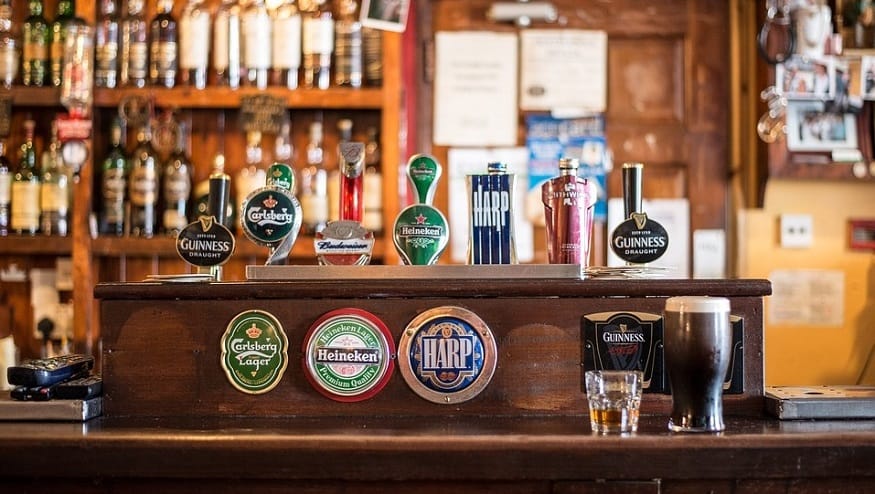 “We are expecting it to start in bars and progress to music festivals,” Wyllie stated.