South Korea’s LG Electronics is joining other technology companies in launching its own mobile payments platform. LG has announced that the new payment system will allow consumers to make purchases with their smartphones, either in physical stores or online. The system is set to be called LG Pay, following a trend that other technologies companies seem to be supporting. LG will be competing with these companies in order to establish a foothold in the mobile payments market.

LG Pay will be launched in South Korea, potentially coming to other markets in the future

LG has partnered with Shinhan Card and KB Kookmin Card in order to launch the new mobile payments service. The service will launch initially in South Korea, but LG has not yet revealed plans to launch the platform in other countries. Mobile payments have been growing in popularity in South Korea, where many consumers are beginning to use their devices to shop online and in physical stores. LG may be able to find success in its home market, even when competing against technology giant Samsung, who also has its own mobile payments service in place.

LG Pay will compete with other mobile payments services 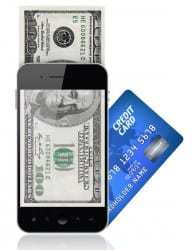 If LG does decide to bring LG Pay to other countries, it will likely face considerable competition from both Apple and Google. These two companies have launched their own mobile payments service, both of which have found some degree of success, though not enough to be considered mainstream solutions. Samsung is also a competitor in other parts of the world, with its Samsung Pay service backed by technology developed by LoopPay, a prominent mobile payments technology developer.

LG has a strong interest in mobile payments, seeing significant promise in the growing market. In the coming years, more consumers are likely to begin using their smartphones and tablets to make purchases, with the majority of these consumers expected to shop online through these devices. LG will have to overcome some security challenges to make its mobile payments service popular among consumers, however.