Google intends to push new ads on its apps to boost revenue from mobile shoppers.

The Alphabet Inc. owned company is enhancing its mobile advertising strategy and plans to place ads in several new spots on its apps. The expansion of its advertising real estate will include ads featured on the homepage of its smartphone app worldwide, more ads in Maps as well as ads with image galleries in search results, reports Reuters.

Google wants to make it easier for its users to discover and buy new products.

The search engine giant announced its new mobile advertising strategy earlier this week. Some Alphabet investors wondered if the latest features to be added were due to Google’s unsteady revenue growth and competition from Amazon and Instagram, which are both attracting shoppers and advertisers.

However, executives from Google have told reporters that implementing these features is not in response to competition but instead to user shopping behavior.

Oliver Heckmann, Google’s vice president of engineering for travel and shopping, said that how users shop is different with mobile devices. They shop in spurts while they watch TV or sit in the bathroom, he said.

He added that what users expect from an online service like Google “changed with mobiles.”

As such, Heckmann said that the company wants to make it easier for users to find and buy new products.

The ads on the search engine’s homepage will appear in its new Discover feature. This feature is not unlike Facebook’s news feed in that it lets users swipe through to view a set of algorithmically personalized links to videos, articles and other online content, notes Reuters.

The ads will run wherever Discover is available. However, ads will only be in the Google app, according to the company.

The purpose of the gallery ads is to give greater visibility to search results. Ads that feature several images are anticipated to accumulate more clicks. Google executives have said that this could lead to these adds showing up more in results. 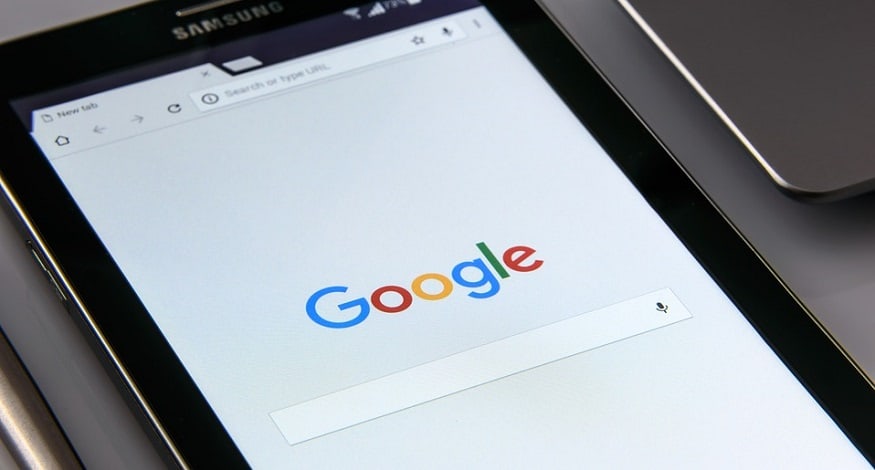 Google announced its new mobile advertising strategy at its Marketing Live conference for advertisers this past Tuesday.