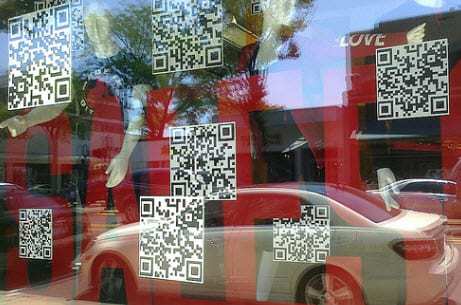 A new survey from CBS Outdoor, an advertising firm specializing in outdoor media, shows that mobile marketing is becoming more popular in Europe. The survey examines the reach of mobile technologies – specifically QR codes, augmented reality and NFC technology. These technologies have become very popular in the world of marketing because of the ability to connect with mobile consumers. Amongst marketers, QR codes were once the favored tool before augmented reality and NFC took consumers interaction to new levels. The survey from CBS Outdoor, however, suggests that consumers do not share the love for these technologies that advertisers do.

CBS Outdoor surveyed more than 9,000 consumers throughout Europe. Just over 40% of those participating in the survey have said that they are aware of QR codes, with 13% having scanned the codes at some point. Though this seems like a small number in relation to the population of Europe, it is not so small when compared to consumers that are interested in augmented reality and NFC advertisements. The survey shows that only 13% of respondents are aware of augmented reality advertising, with only 4% participating in these marketing campaigns. Awareness of NFC marketing is only at 5%, with a scant 1.4% of consumers having engaged in NFC ads.

The common consensus in the marketing world is that QR codes are becoming obsolete because of new, more intuitive and attractive technologies. CBS Outdoor claims that the codes still rank the highest amongst consumers and show no signs of relenting to other mobile technologies.