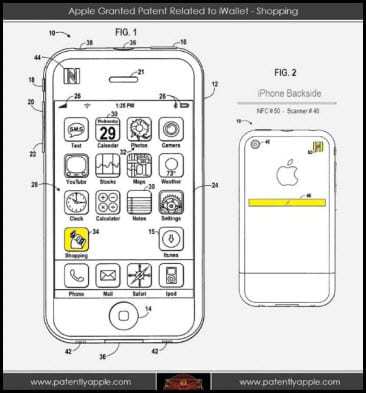 Apple has won a patent for its iWallet mobile commerce platform. Earlier this year, the technology company’s patent application for the platform was revealed, hinting at the company’s interest in mobile commerce. Time passed and it was revealed that the iWallet would be an integral part of the upcoming iPhone 5, which is equipped with NFC technology. Though Apple has announced that it will be taking a slow and steady approach to mobile commerce, the company is still showing its interest in establishing a strong presence in the industry.

The patent awarded to the technology company covers the application and its various features. The iWallet is expected to enhance the shopping experience of users by allowing them access to an intuitive shopping list that can be tailored to suit the needs of consumers. Retailers will be able to provide consumers with product information based on their preferences. The iWallet can also be used to make purchases of these products using the financial information it is linked to.

The awarding of the patent provides Apple with some momentum in its mobile commerce schemes. The company continues to show concern for the potential dangers that exist in the mobile commerce industry, however, and has taken steps to ensure that these risks are mitigated. Unlike Google Wallet, Apple’s iWallet will not use NFC technology to facilitate contactless payments. The technology company is not comfortable with the concept of such transactions being made through the iPhone. Instead, NFC technology will be used by the iWallet to transmit and receive information to and from consumers.

Apple currently has several other patent applications concerning the iPhone 5 under review. These patents allude to the possible uses of the mobile device’s NFC technology. One of the patents suggests that the iPhone 5 could be used as a remote control for various electronic devices, such as TVs and gaming consoles.