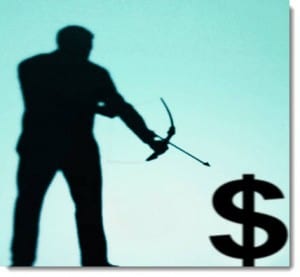 From NFC to QR codes and other technologies, advertising methods are skyrocketing.

Innovation is the name of the game when it comes to marketing for mobile gaming and other sectors, and companies that specialize in the area are far from short on ideas to keep things moving ever forward.

Newad, a Vancouver organization, is seeing tremendous potential in near field communications (NFC).

This, according to its vice president of client services, Jerrid Grimm. The ad agency has been in business for sixteen years, but is now seeing rapid growth due to the newly added smartphone and tablet channels. The agency is now expanding widely and is using these most recent innovations to ensure that both it and its clients stand out in their fields.

Newad is taking aim specifically at the demographic of 18 to 34 year olds, who are known to be tech savvy and who are already becoming affluent. Grimm explained that choosing the right audience is key to being able to succeed with innovation in the mobile gaming, advertising, and shopping areas. As smartphones and tablets represent the largest business growth at the moment, this makes the right audience critical to maximizing potential.

According to Grimm, “The industry is a pretty tight-knit group, and only so many of us can reach audiences at once”.

The most recent campaigns from Newad have been taking on some of the latest technologies that are proving popular among users of smartphones and tablets. These particularly include QR codes and NFC, and they are working for companies of all sizes. Even the smallest businesses are finding that they are attracting tremendous amounts of attention through these techniques, and yet it is far less expensive than many other forms of marketing.

Some of the primary advantages of these techniques are that they encourage far more interaction with the consumer. This means that they don’t just passively watch them go by, as is the case with a billboard. Instead, they have to actively apply their smartphones in order to access the information and content available to them.

This style is highly important in areas such as mobile gaming, where competition is fierce, and every little bit makes a significant difference.