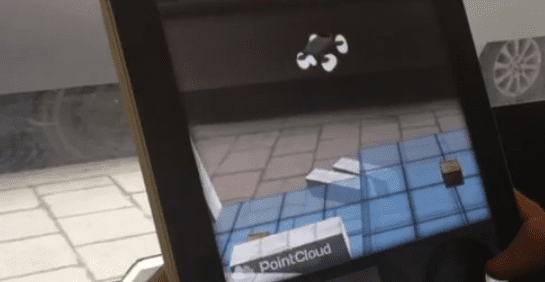 Application to make use of ambitious augmented reality system

Swedish startup 13th Lab, a company focused on the development of computer vision products for mobile devices, has been causing a stir in the augmented reality community. The company has been attracting more attention for its development of a new kind of augmented reality service. The service makes use of technology that was partly developed by NASA scientists, which is meant to enable an iOS mobile device to understand its surroundings as though it were a sentient being.

The service is meant to have a wide range of applications, the first of which has just been announced by 13th Labs. The company has introduced its iOS browser called Pointcloud. The application allows users to surf the web using their iOS mobile device. This makes it familiar to consumers because of its shared feature with other mobile browsing applications. Pointcloud is capable of recognizing the world it sees through the camera of a mobile device, however, a feature that allows it to create or unlock augmented reality experiences for the user.

App to include SDK for developers

13th Labs notes that the augmented reality industry is poised for rapid growth due to the interest that Google has been attracting to the sector. Google’s much hyped augmented reality glasses have proven to be a popular subject amongst consumers, many of whom are beginning to look for other products that allow them to see the world in a new way.