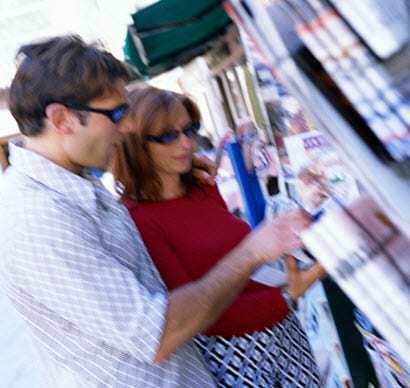 NFC advertisement for magazines is just the start!

Acclaimed technology magazine WIRED will feature America’s first NFC advertisement this month in its April issue. The advertisement was fashioned by Quad/Graphics Inc., a commercial and industrial printing company based in Wisconsin. It will be the first advertisement of its kind in the North American magazine industry, but will not likely be the last. NFC technology has been gaining momentum in the marketing industry because of its ability to engage a new generation of consumer. These consumers are seemingly inseparable from their mobile devices, which creates a unique opportunity for advertisers to connect with people that have an almost uninterrupted connection to the Internet.

The advertisement will reach approximately 500,000 subscribers throughout the U.S. and many more who regularly purchase the magazines from newsstands and other outlets. Quad/Graphics believes that an NFC advertisement in WIRED is fitting because of the magazines penchant for future technologies. NFC technology is not necessarily futuristic, but it is expected to have far reaching influence on various industries, including commerce. WIRED fancies the advertisement as a step in a new direction in marketing and customer engagement.  Depending on the response from readers, the magazine may look to include more NFC advertisements in future issues.

Much of the attention aimed at NFC technology concerns its use in mobile commerce. NFC has been the driving force behind establishing the mobile commerce industry, but has been used in marketing extensively. Because the technology allows consumers to interact with advertisements without making contact with them, it has become a popular tool for marketers looking to engage people with fast-paced lifestyles. The downside to this, however, is that NFC-enabled mobile devices are currently very rare.

Telecommunications companies are working to bring more NFC-enabled devices to the commercial market, but the effort has been sluggish. This is expected to change as NFC technology gains momentum amongst consumers and businesses, however, and millions of new NFC-enabled phones and mobile devices are estimated to be released this year. If these devices can win the favor of consumers, NFC advertisements are likely to become much more commonplace, especially in the publishing industry.