The tech giant is reportedly researching ways to integrate the barcodes into future mobile payments.

However, growing information suggests that the iPhone maker is looking into secure barcode scans.

A growing body of evidence suggests that the company is looking into ways to make Apple Pay QR codes secure to scan to complete transactions. While using NFC based tap or contactless transactions at a retailer’s payment terminal has been reliable for completing transactions until now, this doesn’t appear to be the only method the tech giant is seeking to use.

According to an Apple Insider report, a code leak in July from the second iOS 14 beta suggested that the brand’s own mobile wallet had a new feature on the way that was referred to as “Code Payment”. The commonly held assumption is that it would enable the mobile payments app to complete transactions by way of quick response code scans.

On Tuesday, the US Patent and Trademark Office granted a patent titled “Effecting payments using optical coupling,” which suggests that the iPhone maker has been looking into the use of barcodes for this reason for a while now.

The filing provides a description of the complete secure transaction process. It does not use any form of direct communication of the user’s sensitive data between their device and the retailer’s own system. This differs from the use of NFC and Bluetooth which both actively broadcast the transaction data of the user, and therefore place the user’s private data at a potential risk of being breached.

Furthermore, there are also concerns about the use of mobile payments via iPhone because not every payment terminal is compatible with the necessary technology. For instance, not all terminals can accept NFC transactions.

In the system assumed to involve Apple Pay QR codes, the company has described a camera’s use for scanning and decoding “optical codes” which can take the form of a quick response barcode. The code 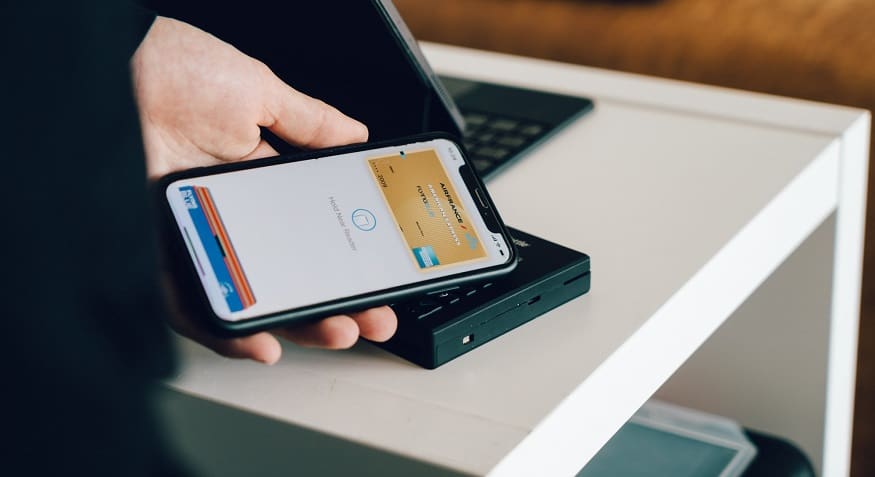 would contain a claim number that the user’s own iPhone would use for electronic transmission to a clearinghouse server.