Wearable technology is gaining a lot of momentum, but does it have any real value?

There are a wide range of wearable devices that are set to be released in the coming years, some more innovative than others. Some of these devices promise to change the way people see the world, while others are designed simply to make it easier for people to keep track of their personal information. Some believe wearable devices are nothing more than novelty entertainment tools and others argue that these devices are likely to have a major impact on society, quite literally affecting the way people interact with one another in the future. The real question, however, is this: What do wearable devices do that smartphones can’t?

The question is somewhat complicated.

Conventional mobile devices like smartphones and tablets are loaded with a wide range of features that are interactive in nature and designed to make people’s life somewhat more simplistic or enjoyable. The majority of these devices can be customized to suit a person’s particular needs through the use of mobile applications. Augmented reality apps can change the way people see the world, and fitness applications can help people 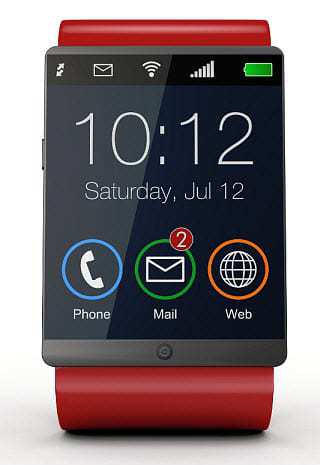 keep track of their physical activity. Other apps can be used to manage finances or find deals at local stores or they can be used for navigational purposes. The problem with smartphones and tablets, however, is that they can only be held and not worn.

Wearable devices can do everything that conventional devices can do, but they do so in a different way. Augmented reality glasses, for example, allow AR applications to be somewhat more intuitive. The benefit of these devices, however, if that they can be operated hands-free, in most cases. Many wearable devices that are being released in the coming months feature voice recognition controls, but the responsiveness of these controls is dubious, especially in crowded areas where many people are talking at once.

Currently, wearable devices exist as a sort of novelty. These devices do not yet do anything more than what can be accomplished with conventional devices. In the future, wearable devices may be more robust, but whether or not they will be able to compete with smartphones and tablets is difficult to say for sure.