It wasn’t that long ago – months, in fact – that people were rolling their eyes at Google Glass.

It’s not hard to see that wearable technology is still leading the way in terms of tech trends and headlines, with every large event, convention, and trade show featuring these mobile devices above all else.

It feels as though every moment brings about a new entry into the wearable technology marketplace. However, these devices have not yet been created equal. Some companies are making a priority of integrating all of the practical features of their gadgets into something that is attractive enough for the average person to actually wear. There are some that are becoming hot enough that they are considered to be a fashion statement unto themselves.

However, if the vast majority doesn’t get on the wearable technology style bandwagon, the market could shrink. 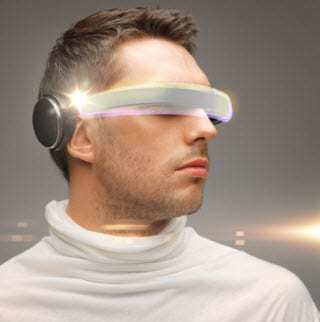 Because the very nature of wearables is that they will be worn on the body and, likely, visible to others, they need to be attractive enough that a user will feel like a trendsetter and not just an early adopting geek. This is not to disrespect geeks – for whom this publication has only the greatest admiration – but that remains a niche market and not the mainstream.

In order to make sure that their mobile devices won’t be the next ones tossed into the electronics recycle bin, manufacturers are going to need to keep on top of rapidly evolving wearables fashions.

This trend is leading to the partnering of many of the larger manufacturers in this category with some of the best known designers. The labels, alone, will help to boost the appeal of these devices in terms of the acceptability of their styles, but it will also assist these companies in knowing that their products will be more appealing to the masses and generate the largest possible amount of sales.

Among the best examples of this type of designer wearable technology relationship is between Apple and Yves Saint Laurent. However, this clearly will not be the last of this nature.