A new announcement was recently released that has revealed that will.i.am, who has already released a smartwatch into the market, will now be partnering with the Gucci Timepieces brand to design new wearable technology.

This announcement was made at a Baselworld press conference, which is an international watch industry trade show.

This new wearable technology partnership has brought the two together for the creation of a smartband that will be entirely standalone. This makes it very different from the smartwatches that are currently on the market, including the Apple Watch, as all of the big name devices are currently dependent on smartphones in order to obtain their phone, text, and data connections. This device will be able to function on its own without having to be a slave to another gadget such as a smartphone or a tablet.

This could change the nature of wearable technology, which is currently struggling for widespread adoption 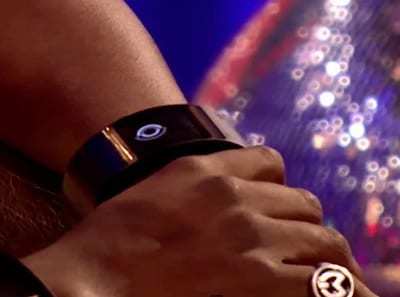 The smartband that results from this partnership will be able to make calls, both send and receive texts, check emails, display maps, hold music, and maintain a calendar, on top of other features such as fitness tracking and a “sophisticated personal assistant” that will be operated via voice command.

According to Marco Bizzarri, the CEO and president of Gucci, “Wearable technology and smart devices represent a new frontier for the fashion industry. It is very appropriate that Gucci is leading the way through this collaboration with will.i.am, as innovation has always been such an important part of our DNA.”

The Gucci and Will.i.am created smartband is also going to be released as a type of luxury accessory that will be meant for people who are tech savvy and who are looking for a device that will be attractive to wear, as well. This will also make it different from the current smartwatches, including the sporty Apple Watch, as the gold Edition version is to be sold for $10,000. Will.i.am said that “i.am+ and Gucci Timepieces are setting the pace with our vision for a wearable technology.”