While smartwatches, wristbands, and other wearables assist in monitoring our fitness, security is an issue.

Along with the unveiling of the Apple Watch has come a massive influx of interest in wearable technology, which was a category that had been struggling to truly draw the attention of consumers as a whole, until that point.

However, as much as these gadgets could assist in tracking for health care purposes, they are not perfect.

The Apple Watch, for example, is going to be released with a new type of health focused mobile app that will conduct an analysis on the wearer’s data. The purpose of the applications isn’t to simply provide immediate feedback, but is instead to provide wearers with a broader understanding of their entire health profile, including such factors as blood pressure, fitness, eating, sleep, and even glucose level metrics. This wearable technology simply takes another step from what is already currently available and quite popular, such as in devices like Jawbone and Fitbit.

While wearable technology is giving people a way to track their healthy lifestyles, it poses a privacy threat. 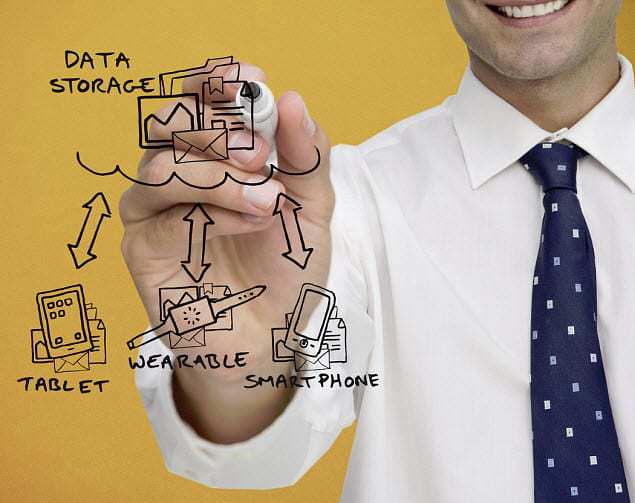 The data that is collected through these devices could theoretically do wonders for enhancing public health, as people will be able to see exactly how they are doing in terms of various factors that make up a healthy overall lifestyle. This can then be shared with doctors to make sure that the patient is making the right choices for nutrition, fitness, and health as a whole. This gives doctors the opportunity to complement the tests conducted in their offices with tracking that has been recorded over time, as well. It also provides people with a method of being more accountable for their own general wellbeing.

Equally though, many are starting to question the storage and use of the data that is collected through wearables such as smartwatches and are asking whether the benefits of this tech are causing even further erosion to the privacy of the average individual. Some are asking whether the mobile security in these devices is adequate, or whether wearable technology users are handing their personal health data over to large corporations as they try to make sure that they are taking enough steps every day and keeping their calories down.