Just as health and fitness trackers were starting to become commonplace, a whole new category has emerged.

A new device called the kGoal Pelvic Floor Trainer has just been unveiled that is bringing wearable technology to a whole new level – and certainly to a place where it has never gone before, as it is based on an insertable mobile device that will give women the opportunity to better strengthen their kegel muscles.

The designer of the product doesn’t pretend that this is a vital health workout but says that it does have benefits.

Grace Lee, the designer of the product, has said that the kegel muscles are “one of the most important, but least appreciated parts of the body.” While the wearable technology does have the overall appearance of a type of sex toy, it is actually a serious workout tool that is meant specifically to give women the opportunity to better exercise muscles that don’t often receive specific fitness attention but that can generate benefits when they are properly toned.

The wearable technology, itself, is the product of Minna Life, a small tech startup. 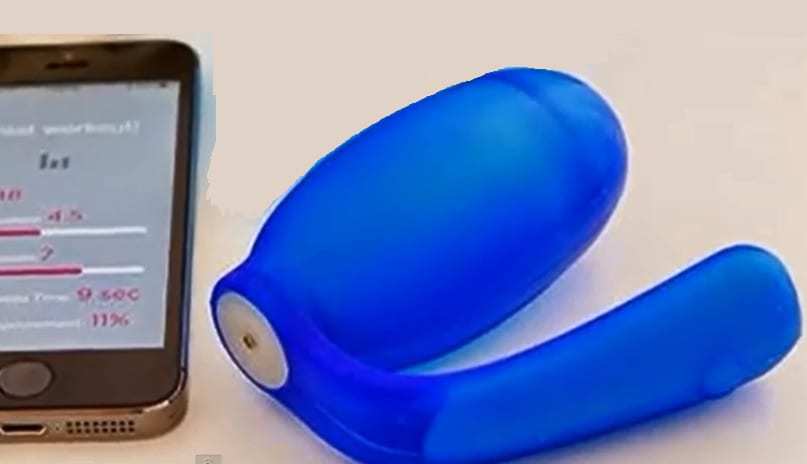 This company has brought wearables to a whole new zone of the human anatomy. In a promotional video for the product, Lee explained that strengthened kegel muscles can be important for the enjoyment of sex, but that there are other health benefits, as well, particularly throughout the lifetime of a woman. It may increase the overall pleasure of the sexual experience, but these muscles are also a vital part of bladder control and for childbirth.

Training the muscles properly can be extremely important during childbirth. Should the kegels be overexerted during birth, it can lead to lasting pelvic floor damage which can shrink sexual pleasure and bring about the loss of bladder control during the remainder woman’s life. Doctors and midwives have been recommending kegel exercises for many years to woman – particularly those who are preparing for birth.

The wearable technology device itself, the kGoal, syncs with the user’s iPhone to allow her to be able to track her exercises and see exactly how effectively she is working the muscles. The gadget contains sensors that assess the efforts of the user which are then transmitted to the app in the smartphone which conducts an analysis of the pressure that has been applied to the device. The frequency and duration of the workouts are also tracked.