The lawsuits, recalls, and even traffic tickets are starting to pour in over these mobile devices.

The first sign that wearable technology is truly taking off and becoming mainstream among consumer electronics has now arrived, as the category finds itself mixed up in a range of different forms of battles in the legal system.

This is occurring throughout the category and not just with one form or brand of gadget.

Last month, Under Armour was sued by Adidas, accusing the athletic retailer from Baltimore of having infringed on the patents that were used within its fitness tracker app. But this was only one of the largest headlines when it came to lawsuits and other legal struggles surrounding wearable technology. Everything from smartwatches to augmented reality glasses are being roped into various types of issues.

Lawyers are increasingly finding themselves working on cases having to do with wearable technology in one way or another. 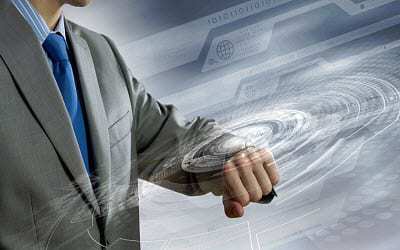 Any tech that can be worn on the body, such as glasses, jewelry, smartwatches, and even clothing, has been making its way into the courts and under law enforcement’s purview. In that, Under Armour and Adidas are far from alone.

For instance, only just last month there was a recall of the Force activity tracker wristband by Fitbit. The problem there was that customers were starting to report that they were experiencing skin irritation as a result of its band material.

Google Glass has seen its own headlines of this nature. In October, a driver in California was cited for having a video screen on while driving when she was pulled over for speeding, because she was wearing the augmented reality glasses and this was the closest type of existing violation in the state, since the vehicle code in California does not specifically mention this type of eyewear tech.

Not too long afterward a moviegoer was interrogated after having been spotted entering the theater wearing Google Glass, as there was a risk that the wearer could have been filming the movie. As it turns out, the device was not on at the time.

What has become clear is that wearable technology is already having an impact on society and the way we function, and this will require the rapid adaptation of laws and other systems, in order to be able to keep up.