These portable cards are designed to allow authentication data to be stored for wireless connection.

DoCoMo, the Japanese mobile carrier, has just revealed the latest in its wearable tech offerings, which includes a SIM card that can wirelessly connect any smartphone or tablet to a wireless network or the internet through the simple wave of a hand.

This SIM card is also able to transmit the number and other data of the user, all on its own.

This separates the connectivity from being exclusive to the mobile devices, and brings it into a wearable tech environment. The tech is currently in its prototype form, and is being called the Portable SIM. It’s pocket sized and has been designed to allow subscriber identities to be automatically transmitted to various forms of mobile devices. This means that a user will no longer be required to actually physically insert the SIM card into the devices that they want to use, as is currently the standard.

There are also a large number of other potential benefits for this SIM wearable tech. 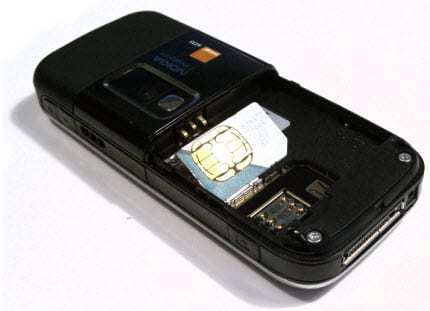 Aside from using NFC technology and Bluetooth linking to smartphones and tablets, the SIM also contains the phone number, login names, and passwords of the user. This allows the SIM card to become the first authentication device based on that tech that will be able to provide a user with wireless network access.

At the moment, the prototype has been brought down to 8cm in length (just over 3 inches) and 4cm in width (about an inch and half) and it weighs 20 grams (0.7 ounces). That said DoCoMo has stated that the final product will bring the size down by a large amount so that it will be able to be included into bracelet style wearables. The carrier has already announced smart clothing and a wristband for health monitoring, earlier in 2014.

When the future wearable tech was demoed by DoCoMo at the company’s headquarters in Tokyo, the representative simply waved the Portable SIM in front of a smartphone that did not have its own SIM card installed. By doing this, it was linked by way of an application and the phone was able to obtain the data required in order to receive a call that was made to the number that was registered to the prototype device.