Soldiers can use these new enhanced accessories to be able to scale vertical walls.

The idea of wearable tech in the form of smart gloves that would adhere to walls has been around in the science fiction, fantasy, and comic book genres for some time now, but it is only just recently that these devices in the form of clothing have been brought into the realm of reality.

In fact, these so called “Gecko gloves” could soon be a tool used by DARPA.

The U.S. Defense Advanced Research Projects Agency (DARPA) has been developing wearable tech that would allow users to be able to scale vertical walls through the use of special smart gloves unlike anything that has been seen before…at least in the real world. The gloves are made out of a fabric that is coated with a substance called “Geckskin”, which is a cloth that was developed based on the paws of geckos.

This gives the user of this wearable technology the ability to climb up smooth surfaces like a gecko. 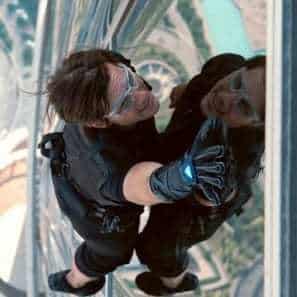 Researchers from the Draper Laboratory at Cambridge Massachusetts developed these unique smart gloves. They explained their choice to mimic geckos by saying that “Geckos can climb on a wide variety of smooth surfaces like glass, with adhesive pressures of 15-30 pounds per square inch for each limb”.

The gloves allow a wearer to be able to cling to a smooth vertical surface in the same way that a gecko’s feet allow it to. These wearables feature a reversible adhesive elastomer to make them effective. This tech was recently demoed live as a researcher weighing 218 pounds and carrying 50 pounds of recording gear was able to scale a glass wall that stood 25 feet.

The DARPA program manager for Z-Man project – the project for which this product is being developed – Matt Goodman explained that “DARPA looked at gecko for inspiration in overcoming some of the maneuver challenges that the US forces face in urban environments.”

The Z-Man project works to develop various forms of climbing aids that are biologically inspired, such as wearable tech that will give war fighters the ability to scale vertical surfaces that are made out of the types of materials that are typically found in an urban ecosystem. They must be able to accomplish this goal while carrying a full combat load and without having to use additional tools such as ropes or ladders.