A new wearable ocular technology called Orion has been developed by California-based Second Sight. Orion is a visual cortical prosthesis that is made up of an implant designed to communicate with a pair of smartglasses that are equipped with an affixed camera. The device was designed to provide artificial vision, with the potential to restore some form of useable vision in individuals who are completely blind.

Second Sight is planning to test Orion with eye tracking technologies to enhance its function.

In an effort to further improve upon its wearable ocular technology, the company has plans to experiment with facial recognition as well as other eye-tracking tech.

The company said that its growth strategy will involve more research and development that could include thermal imaging, eye tracking andfacial recognition.

By incorporating these technologies and current computer vision systems into its strategy, Second Sight says that this could pay off in significant ways for its Orion solution and its thousands of potential future users, reports Mobile ID World.

The wearable ocular technology has been designed to send visual data directly to the brain.

As previously stated, the Orion system is a visual cortical prosthesis which consists of an implant that communicates with a pair of smartglasses that have an affixed camera. This camera has been designed to deliver visual data to a connected process. This process sends signals to the prosthesis and bypasses the eyes entirely to send visual data to the brain.

That being said, visual data is not processed by Orion users in the same way as conventional vision. For instance, in a preliminary trial at the Ronald Reagan UCLA Medical Center and Baylor College of Medicine, which involved six participants, Orion gave the participants the ability to locate people in front of them, sort light from dark laundry and navigate sidewalks.

According to Second Sight, there are 70,000 individuals in the US alone who could potentially benefit from this product, which could mean a multimillion-dollar opportunity for the company.

That said, this wearable ocular technology is far from being commercialized. The next steps will be to improve the Orion components to enhance its capabilities and then test it. The ultimate goal of Second Sight is have its solution 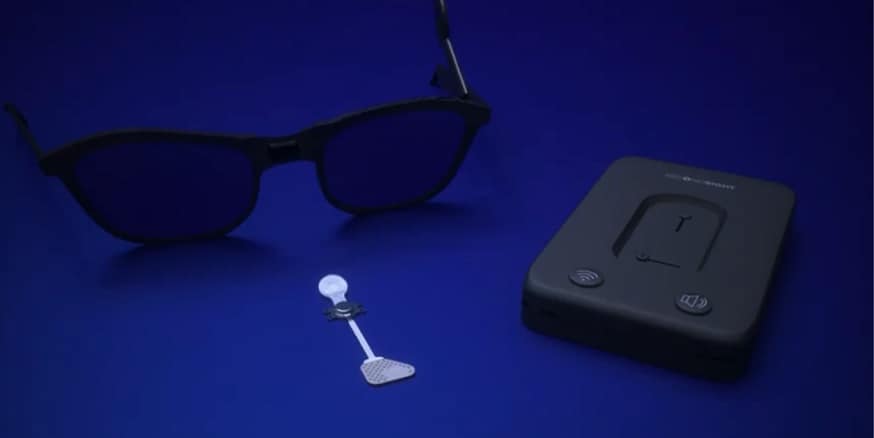 designated as an FDA Breakthrough device. Achieving this objective will help to speed up the process of commercialization.