Fitness trackers and other gadgets record lots of figures, but it’s not all equally useful to getting rest.

Wearable devices have been adding an increasing number of data types that have to do with getting sleep. That said, according to sleep experts, not all that information is equally helpful to people who are trying to get more rest at night.

While users are often interested in the information tracked while they sleep, using it isn’t as obvious.

Various types of wearable devices from smartwatches to fitness trackers often measure the length of a person’s sleep as well as their heart rate throughout sleep and might even break the period of rest down into deep, light and REM forms. Beyond that, there are many other types of data tracked depending on the wearable devices, such as the number of breaths per minute, heart rate variability, blood oxygen saturation, respiration variability, and many more factors.

While this is a great deal of data, and tracked over time, it can reveal certain patterns, the average person doesn’t know what is usable for getting more rest or how to go about making the right changes to improve various tracked factors. 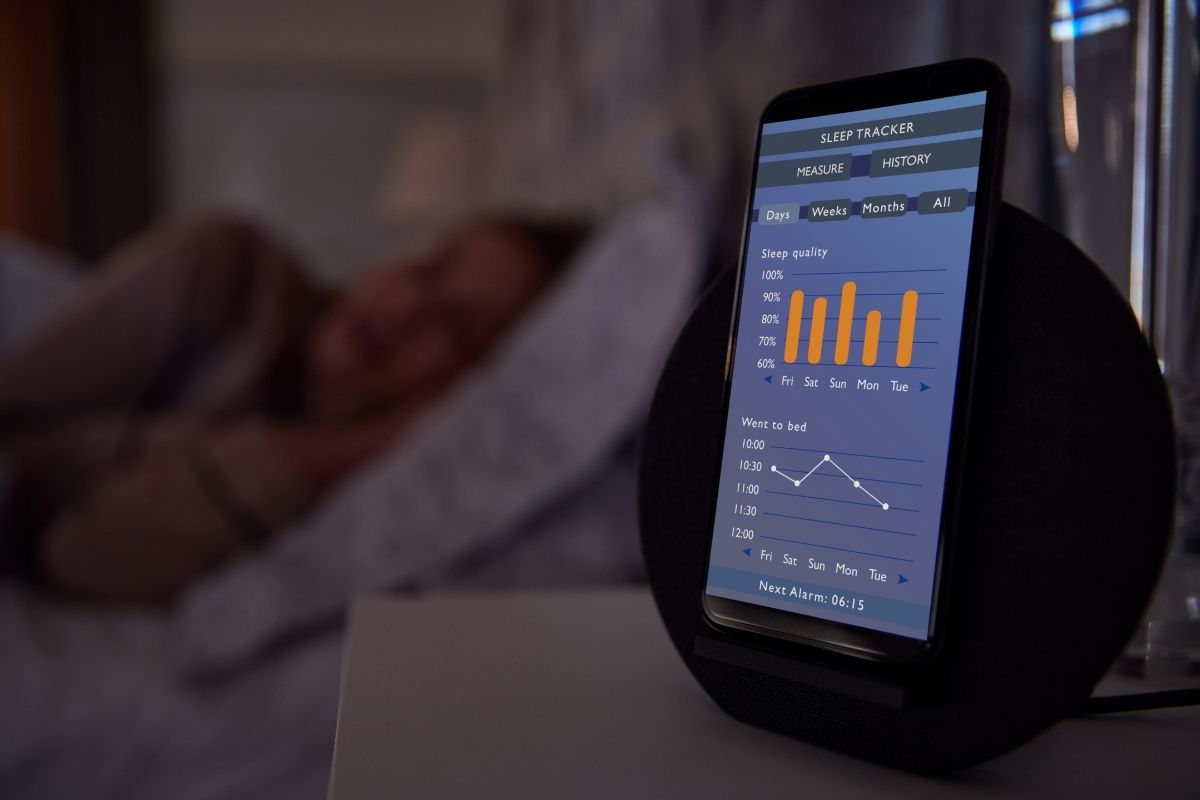 The sleep data tracked by wearable devices can be quite helpful in improving rest at night.

According to sleep researcher Cathy Goldstein, an associate professor of neurology from the University of Michigan, “These are a proxy for sleep, not sleep as traditionally defined.” Goldstein went on to point out that wearing trackers to obtain sleep data over time can be useful because we “don’t otherwise have a way to track sleep over time for days and days.” She pointed out that the key to getting the most from the data is to pay attention to the right data.

“Almost all of the commercial trackers are now really good at telling you what time you went to bed, what time you woke up, how much sleep you got and how awake you were,” said Ohio State University director of the Human Performance Collaborative Joshua Hagen in a recent Washing Post report. He said to aim for between seven and nine hours per night. Less than the minimum is worth paying attention to and working to correct. “It doesn’t change anything, but it gives you recognition of the problem.” He explained. The numbers won’t correct the issue, but they’ll help to spot one.

It’s also important to understand that it’s the trends over time that matter over the data wearable devices track from a single night. “I used to lose sleep just from obsessing over my Fitbit,” said senior lifestyle blogger Jen Marks. “I ended up struggling with sleeplessness because I was so focused on trying to get better sleep results. It’s just not the same as counting steps!”