The gadget uses electrical muscle stimulation and mechanical brakes for movement in each finger.

A new wearable device called DextrEMS from the University of Chicago’s Human Computer Integration Laboratory uses electrical muscle stimulation (EMS) and mechanical breaks to control each finger on the hand.

This design overcomes a range of hand control challenges particularly when fingers are used simultaneously.

The team at the university was led by Assistant Professor Pedro Lopes. The haptic wearable device was invented and developed by the team in the Department of Computer Science. They included Professor Lopes and his students Shan-Yuan Teng, Romain Nith, Yujie Tao, and Pengyu li.

The gadget slips onto the user’s hand in an unobtrusive way and uses EMS electrodes from the forearm to move the fingers of the hand. This allows each individual finger to be moved into the desired positions. The finger joints wear ratchet brakes to lock the fingers into the desired gesture and restrict the other fingers from making unwanted movements. 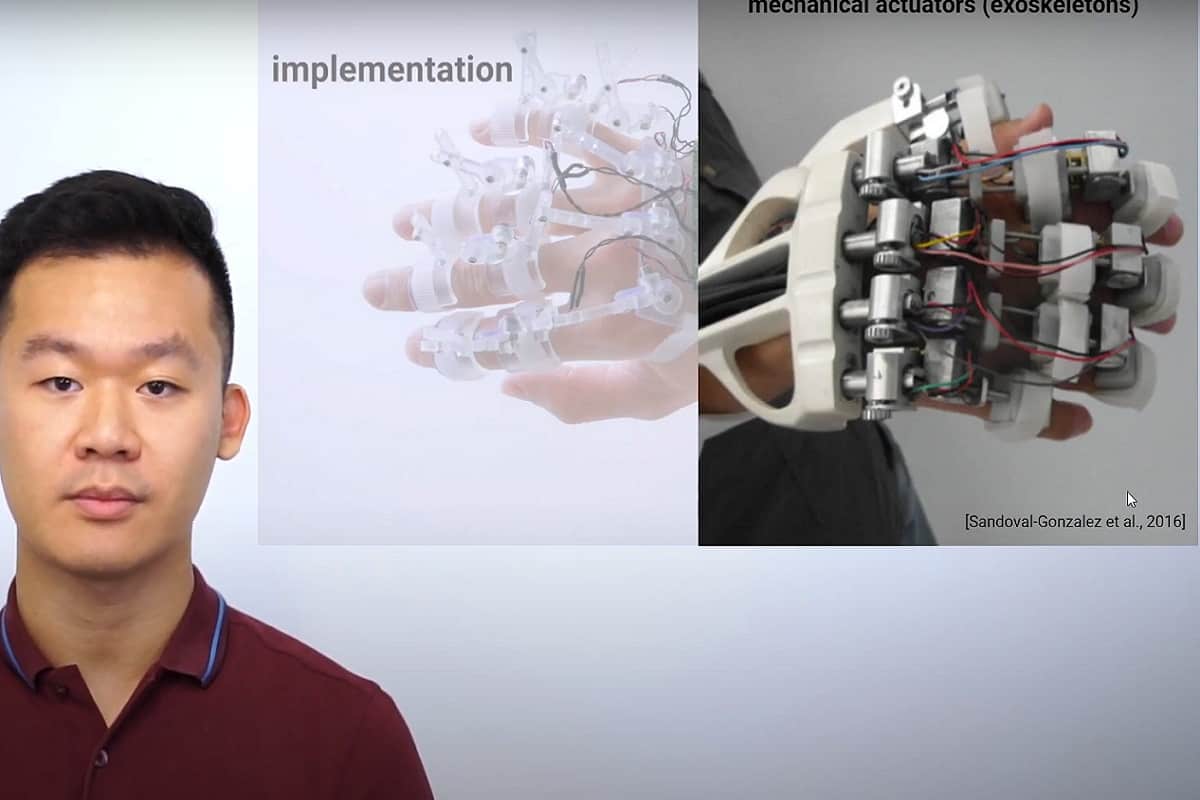 The wearable technology works as an exoskeleton and could help to overcome a range of challenges.

The team presented their work earlier this month at the 2021 ACM Symposium on User Interface Software and Technology (UIST), one of the leading conferences in human-computer interaction.

“DextrEMS is a means to actuate human fingers through a computer,” explained second-year PhD student Nith. “It’s the same idea as a traditional exoskeleton, where we are providing force feedback to the fingers, but we wanted to tackle it through the perspective of miniaturizing everything. By combining EMS and brakes, we can actually create movements that weren’t possible before and users can move fingers independently.”

There is a wealth of potential applications for this newly developed wearable technology. Though some of the obvious options include virtual and augmented reality applications, it has already been suggested that this could be helpful in communication through sign language for someone who is unfamiliar with the gestures, or in playing a new instrument. Among the primary limitations of the device in its current state is that it cannot achieve finger-crossing. That said, with further development, this could become possible to allow it to become a full multi-modal translator for sign language.