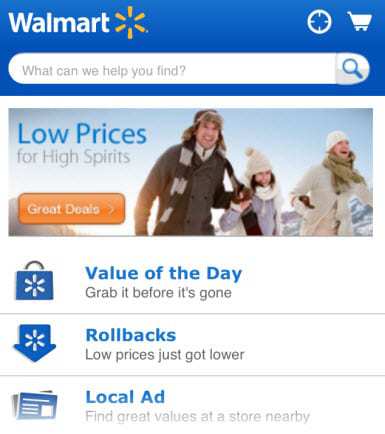 Wal-Mart has been making a notable effort toward the development and enhancement of its online shopping platform, and – according to reports – this includes a massive hiring effort to bring developers into its team for @WalmartLabs to help with its expansion.

The largest retailer in the world is now trying to use social media to boost its sales both online and in its stores. It has recently started working with Facebook, and has purchased the social media company, Kosmix.

There have been other innovations spearheaded by @WalmartLabs, as well. For example, the @WalmartLabs has developed products and platforms geared toward mobile and social commerce. It is designed to form all new methods of connecting with potential customers.

From the time that it was first formed, @WalmartLabs has been aggressively seeking new acquisitions. For example, in November 2011, Grabble, a mobile phone point of sale technology maker, was acquired.

The vice chairman of Wal-Mart, Eduardo Castro-Wright, mobile apps and social networking are becoming a standard part of the daily life of many of the company’s customers. For that reason, it is vital that a massive retailer such as Wal-Mart, take a share of the online sales marketplace.

By being able to obtain social data, Wal-Mart will be better able to focus and increase the effectiveness of their targeted advertising campaigns.