The wearable technology is bringing the metaverse experience one step closer to feeling like reality.

Meta (the company formerly known as Facebook), has released images of its haptics VR glove prototype that will help to make the virtual reality experience feel slightly more real.

It’s far from the real thing, but the wearable tech does provide the wearer with a sensory experience.

The VR glove is still in its prototype stage at Meta’s Reality Labs research division. The haptics wearable is lined with about 15 ridged and inflatable actuators, which are essentially plastic pads. Those pads are arranged along the underside of the wearer’s fingers and fingertips as well as along the palm. As the gadget works as a controller, the idea is to allow the wearer to feel the digital world with which they are interacting. 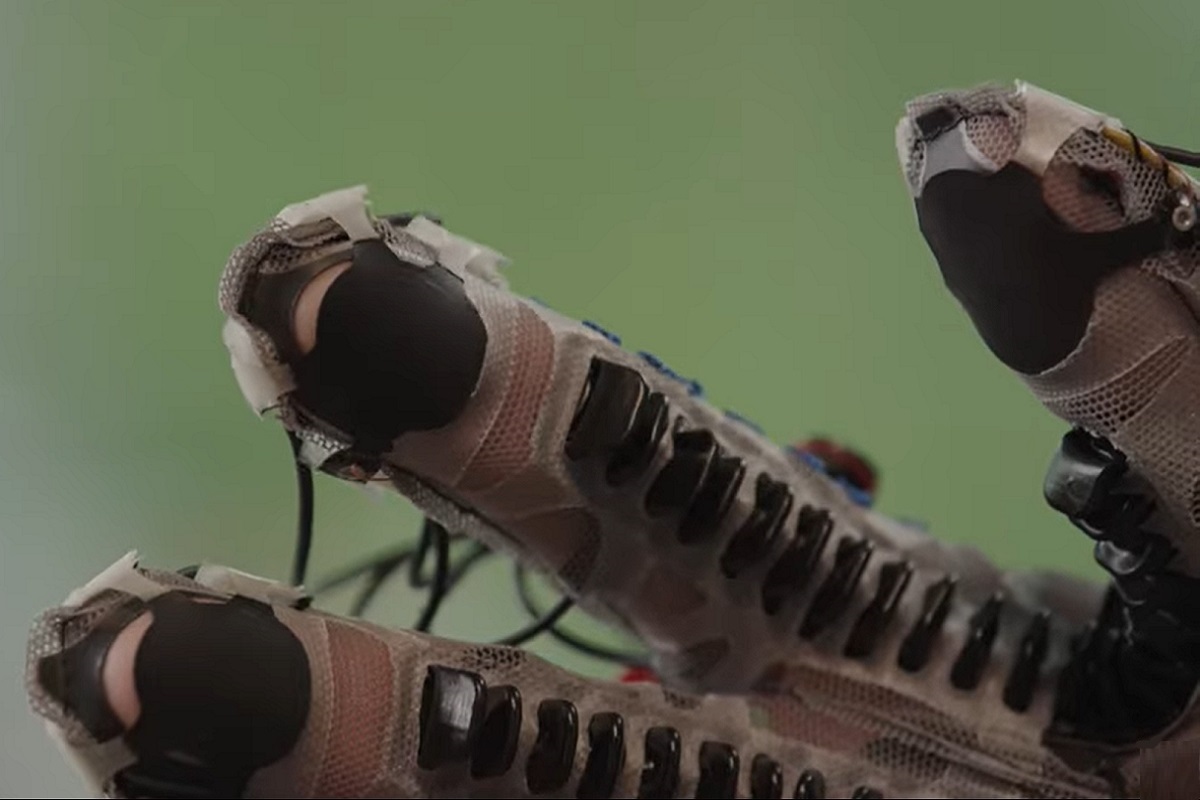 The back of the device features small white markers that allow cameras to track the movements of the hand and fingers throughout the space. Internal sensors within the gadget detect just how the wearer is bending their fingers.

Once the VR glove is used within a virtual or augmented reality space, a control system is activated.

The complex control system adjusts the inflation level of the air pockets, creating pressure on various parts of the wearer’s hand. In this way, when a wearer is touching a virtual object using their fingertips, the sensation of touching something is replicated as the air pockets press on those fingertips. If the item is being gripped in the hand, the actuators stiffen, creating more of a resistance sensation.

The sensations produced by the wearable technology synchronize with audio and visual cues to provide the wearer with the illusion of physically feeling something within the digital space. The technology used leans heavily on the new field of soft robotics, which focuses more on tiny air valves instead of clunky motors. Meta has been working on this tech since 2014 when it first acquired the Oculus VR startup. The first prototype it developed was a finger with a single actuator in 2015, a very basic step when compared to the current haptic VR glove prototype.