QR codes get a visual overhaul

QR codes are often seen as boring, black and white little blocks that are somewhat unattractive. The codes do not have to be visually unappealing, however, an a aesthetically pleasing QR code typically has a higher engagement level than a dull code. So called visual QR codes are meant to leverage the engagement power of conventional QR codes without sacrificing appearances. These codes have been pioneered by Visualead, which offers a QR code generator that can incorporate nearly any picture into a working QR code.

Visualead specializes in making QR codes attractive. The company’s QR code generator can seamlessly blend images within the blocky patterns of QR codes. Normally, such a process would ruin the functionality of the codes, but Visualead has found a way to introduce images into codes without leaving them inoperable. According to Visualead, the use of visual codes can increase user engagement by over 25%, a promising sign for companies interested in using QR codes.

According to market research firm Nellymoser, approximately 99% of the top 100 magazines in the U.S. made use of QR codes in some way in early 2012. These codes have become quite popular with marketers around the world. Advertisers consider the codes to be an effective way to interact with mobile consumers. A survey conducted by Econsultancy, another leading research firm, shows that nearly half of all advertisers made use of QR codes in order to encourage consumers to engage with a particular brand. Even with many consumers showing dislike for the appearance of the codes themselves, the rewards these codes offer often trump their visually bland characteristics. 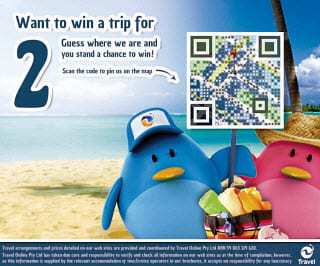 The Visualead QR code generator is easy to use. Users are prompted to provide a URL to a website when they begin generating a code and can later introduce an image into the code itself. Visualead offers a galley of its own images that can be used for the process, but users can also turn their own pictures into QR codes. There are two options available when generating visual codes. The first is the “Generate Gold” option, which creates a code allows the picture being used to be more visible. The second option is “Generate Silver,” which focuses on making the data matrix structure of the code more visible. Both options have the same result: A fully functional QR code.

QR codes are nothing new

QR codes are not some simple trend that has emerged in recent years among tech-savvy individuals. The codes have been around for over a decade, having first been developed in Japan in the 1990’s. The codes were initially meant to serve as inventory tracking tools, but Japanese marketers quickly saw their potential and began using them aggressively. In Japan, QR codes have been commonplace for several years. The use of the codes has been expanding exponentially, and large companies like Google, Coca-Cola, and PayPal have been using them to engage consumers in a more dynamic fashion. Visual QR codes may be the key to kicking this engagement into overdrive and dispel some of the negative stigma that has come to surround the codes in recent years.

We at QR Code Press give this company a “thumbs up” on how easy it is to use as well as the creativity that any business can now incorporate within their mobile marketing campaign!