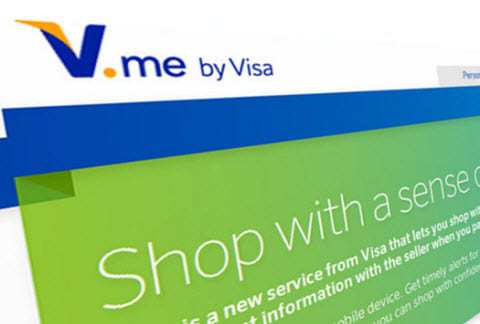 Credit giant has announced that it will be launching a new mobile payment service this year. The company has taken a keen interest in NFC technology recently, believing that mobile commerce will become the predominant form of commerce in the world. Visa is not alone in this belief; many other credit institutions and telecommunications companies have also begun developing mobile payment systems in preparation for the proliferation of NFC-enabled mobile devices. Many of these companies are competing to establish themselves as a leader in the emerging industry of mobile commerce.

V.me to launch in the UK, France and Spain this year

Visa’s new mobile payment service is dubbed V.me. The service is scheduled to launch in autumn this year. V.me will see limited release, available only in the United Kingdom, Spain and France for some time after its launch. Consumers will be able to access the service through the use of a PC, laptop, or NFC-enabled mobile devices. These mobile devices are still somewhat rare, which could make it difficult for V.me to find a large audience. Visa expects that the service will become more popular as new NFC-enabled mobile devices become available.

Service could be popular amongst retailers

The V.me service may find favor amongst businesses, as Visa notes that it will be able to be used by retailers to streamline the checkout process and improve customer satisfaction. The service will incorporate the various payment technologies Visa has developed, which will make its adoption amongst consumers more fluid. This may be particularly useful for Visa customers who have multiple cards, as they will be able to link these cards to their V.me account without trouble.

Visa to face strong competition from Google and ISIS

It is expected that the V.me service will go live between August and September this year. Visa will be facing staunch competition from Google, whose mobile wallet application was launched nearly one year ago. The company is also expected to compete with the ISIS mobile payment platform. Visa believes that its use of NFC technology and long history with commerce will provide it with a winning edge against these companies. Depending on how successful the initial trials for the NFC payment system are, Visa will expand the service to new markets around the world.