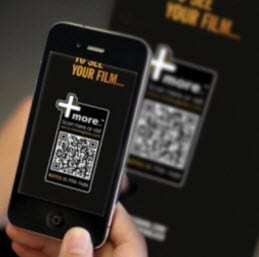 Virtual stores are getting more attention from the retail industry

Retailers around the world are growing increasingly aware of the prospects of mobile commerce and how much they could potentially gain from engaging mobile consumers. These consumers are becoming more reliant on their mobile devices to shop and purchase products. Mobile consumers are finding that using their smart phones and tablets to shop is more convenient than traditional forms of commerce, and the retail industry is taking notice. QR codes may soon become the ideal way to reach out to these consumers, and not just in a marketing sense.

QR codes are widely used in numerous industries as an advertising tool. The codes are inexpensive and easy to use, making them ideal for both companies and consumers. The retail industry often uses these codes to promote products and offer consumers special deals. The codes have been gaining traction as the engine behind virtual stores. These stores offer products through the use of QR codes. When a code associated with a particular products, which is represented by a picture rather than a physical item, consumers can purchase a product that will be shipped directly to their homes.

This year, more than 300 virtual stores using QR codes made a debut throughout the world. The pace at which these stores are being opened suggests that more than 2,000 will be active in 2013. There are currently a modest amount of platforms that are designed to assist retailers in building virtual stores that make use of QR codes, largely because the idea of a virtual store has been a fringe concept until very recently. One of the companies that is fueling the charge of these stores is Shop2Mobi, which offers retailers expansive service that help them develop virtual stores from scratch.

BestBuy, Wal-mart, and Tesco are some of the retail giants that have been investing in QR codes for use in virtual stores. Tesco is one of the pioneers of this concept, having launched one of the world’s first major virtual stores in South Korea. The retailer now has similar ventures opened in other parts of the world.