Report shows that the market for interactive technologies is accelerating

Digi-Capital has released a report concerning the virtual and augmented reality market. These technologies are becoming more prominent throughout the world, with consumers showing a great deal of interest in software that can, quite literally, change the way they see and experience the world around them. Recently, augmented reality has experienced renewed support from companies like Google, which has invested $542 million into Magic Leap, a company specializing in mobile augmented reality.

According to the report from Digi-Capital, the virtual and augmented reality market is expected to reach $150 billion by 2020 and these technologies will serve as a disruptor in the mobile space. Virtual reality may be less disruptive to the mobile space, as this technology shines when it is used within the home. Virtual reality has become particularly interesting in the game industry, where developers are using the technology to design immersive experiences that take people from the real world and submerge them into a digital world.

Augmented reality may have a greater impact on the mobile space 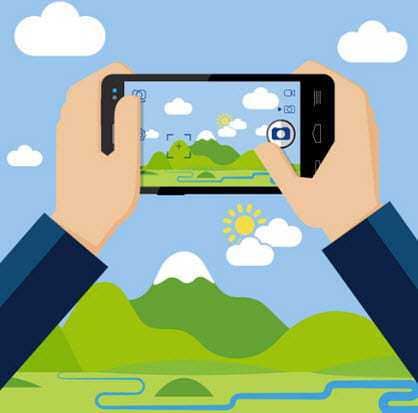 Augmented reality is more mobile-oriented, as it is meant to change certain aspects of the world, rather than place a person into a fully digital experience. Augmented reality applications are quite popular among those that enjoy mobile gaming, as the technology used for these apps makes these games more engaging and interactive. This technology is also leading to the rise of augmented-commerce, which is akin to mobile commerce. In a-commerce, consumers use AR applications to shop in physical stores. These applications show digital displays that provide information about products and allow consumers to make purchases. This technology can also be used to make “pop-up stores,” which are virtual storefronts that can be established nearly anywhere in the world.

In the coming years, virtual and augmented reality are likely to play a larger role in the mobile space and several other industries. These technologies are expected to see significant use in entertainment sectors, with few practical applications. According to the report from Digi-Capital, augmented reality hardware, such as wearable devices, are likely to account for a significant portion of revenue that these technologies produce through 2020.